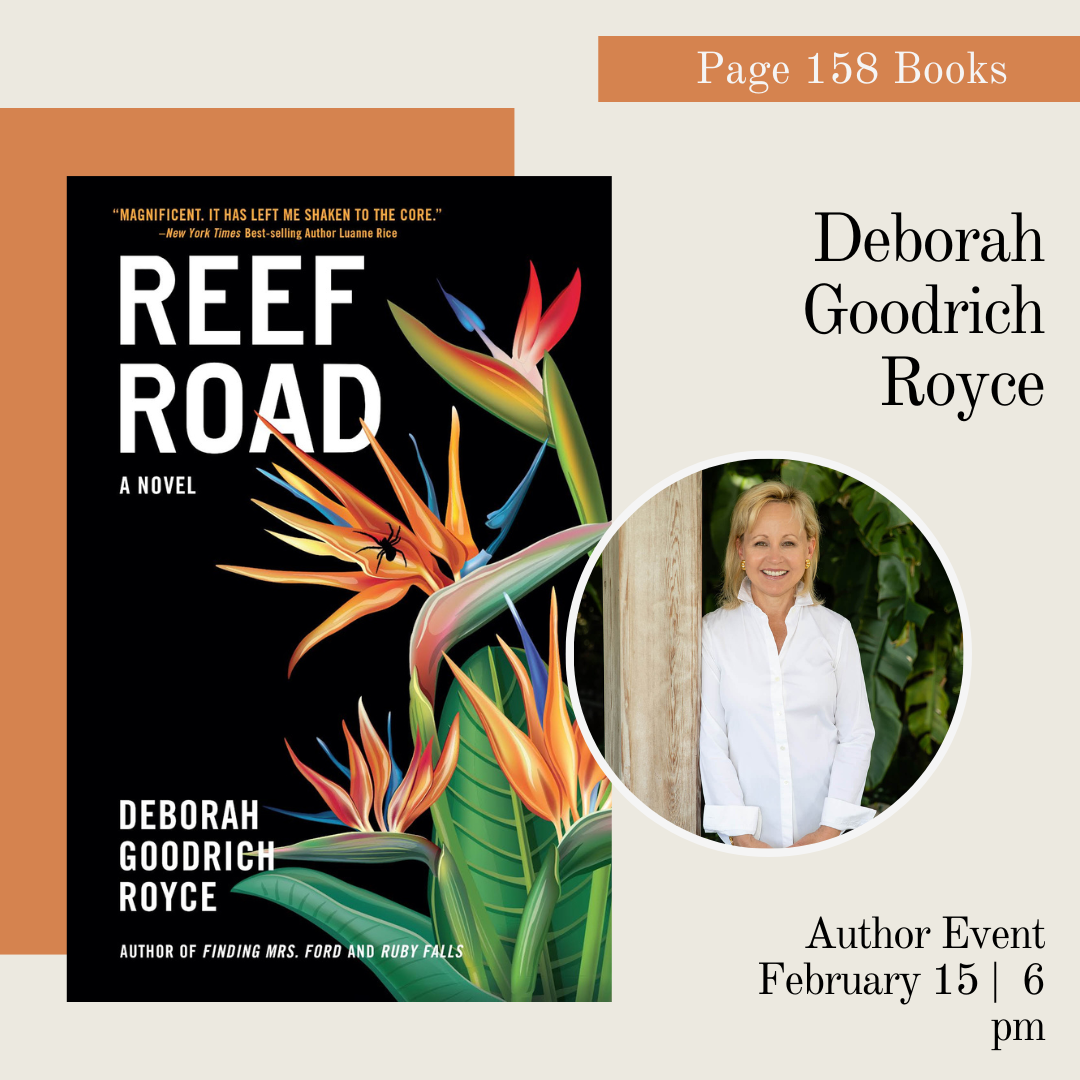 When a severed hand washes ashore in the wealthy enclave of Palm Beach, Florida, the lives of two women—a lonely writer obsessed with the unsolved murder of her mother’s best friend and a panicked wife whose husband has disappeared with their children—collide as the world shutters in the pandemic lockdown of 2020.

A young woman’s life seems perfect until her family goes missing. A writer lives alone with her dog and collects arcane murder statistics. What each of them stands to lose as they sneak around the do-not-enter tape blocking Reef Road beach is exposed by the steady tightening of the cincture encircling them.

In a nod to the true crime that inspired it, Deborah Goodrich Royce’s Reef Road probes unhealed generational scars in a wrenching and original work of fiction. It is both stunning and sexy and, like a bystander surprised by a curtain left open, you won’t be able to look away.

She began as an actress on All My Children and in multiple films, before transitioning to the role of story editor at Miramax Films, developing Emma and early versions of Chicago and A Wrinkle in Time. With her husband, Chuck, Deborah restored the Avon Theatre, Ocean House Hotel, Deer Mountain Inn, United Theatre, Savoy Bookshop, and numerous Main Street revitalization projects in Rhode Island and the Catskills.

She serves on the governing and/or advisory boards of the American Film Institute, Greenwich International Film Festival, New York Botanical Garden, Greenwich Historical Society, the Preservation Foundation of Palm Beach, the Preservation Society of Newport, and the PRASAD Project. Deborah holds a bachelor’s degree in modern foreign languages and an honorary doctorate of humane letters from Lake Erie College.