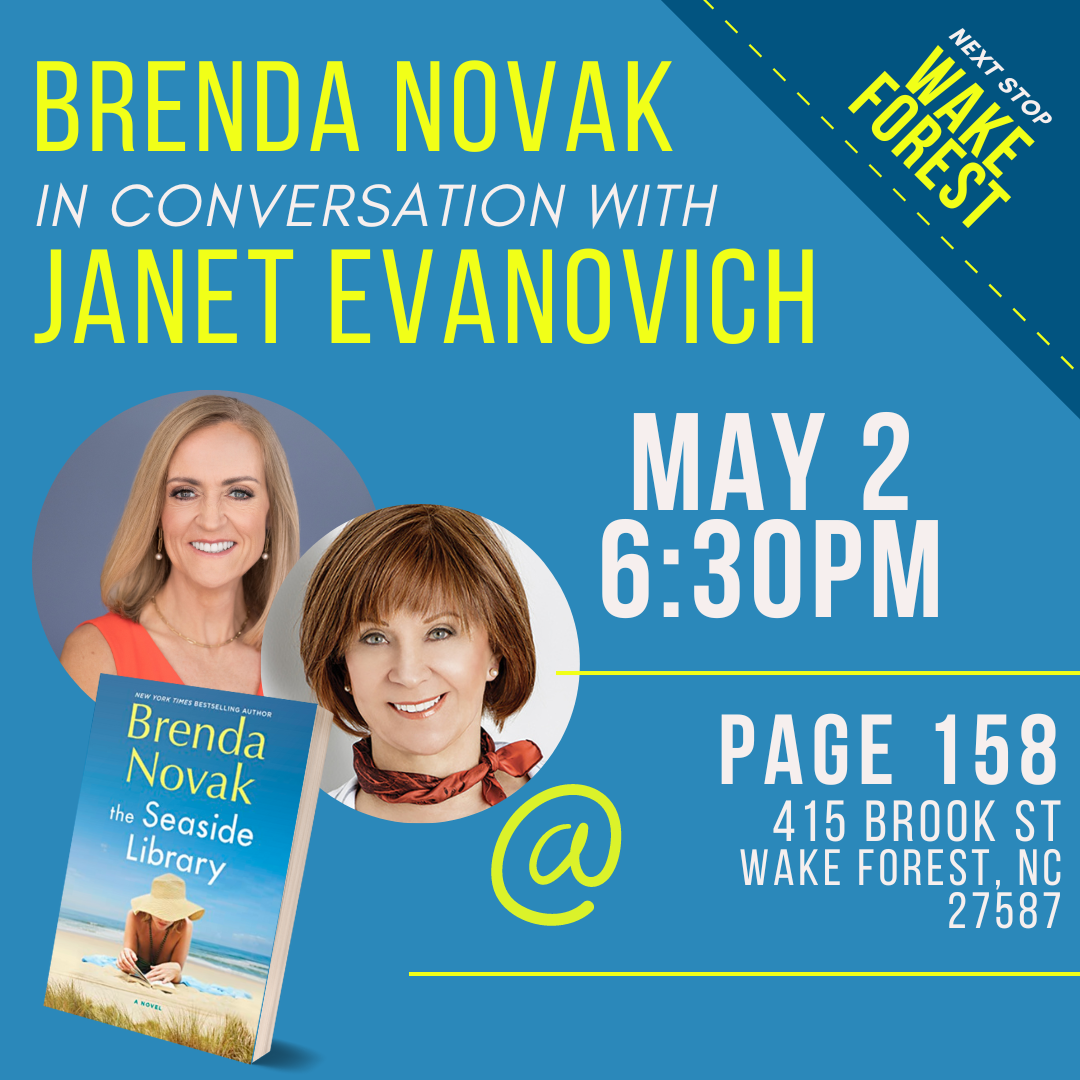 This event is free for all to attend, but RSVPs are encouraged. You can let us know you're coming, pre-purchase a signed and personalized copy of The Seaside Library, or even purchase a VIP tour package including a darling "Bookstream" tote and matching bookmark on Brenda's website here: https://brendanovakstore.com/products/booktour

There are secrets that bring friends together, and others that drive them apart…Mariners Island is barely ten miles long, but when Ivy, Ariana and Cam were teenagers, it was their whole world. Beyond the pristine beaches and iconic lighthouse lies the beautiful old library that belongs to Ivy’s family. While that bound Ivy to the island as an adult, Ariana could not leave Mariners behind fast enough. The town holds too many…memories. Not only her unrequited feelings for Cam, but the tragedy that left a scar on the community.

When a young girl went missing, a teenage Cam was unthinkably the prime suspect. Ariana and Ivy knew he couldn’t have hurt anyone, and they promised to protect him—even if it meant lying on his behalf.

Now, twenty years later, Ariana returns to Mariners just as new evidence emerges on the case, calling into question everything the three friends thought they knew—and everyone they thought they could trust. What really happened that night? Over the course of one eventful summer, Ariana, Ivy and Cam will learn the truth—about their pasts, their futures and the ties that still bind them as closely as the pages of a book…

Author Brenda Novak is a New York Times and USA TODAY bestselling author with more than nine million books in print, translated into twenty different languages. An eight-time RITA nominee, she has won many awards, including the National Reader’s Choice, the Bookseller’s Best, the Book Buyer’s Best, the Daphne, and the Silver Bullet. She also runs Brenda Novak for the Cure, a charity to raise money for diabetes research (her youngest son has this disease). To date, she’s raised $2.6 million. For more about Brenda, please visit www.brendanovak.com.

Over the last twenty-six years, Janet Evanovich has written a staggering forty-two New York Times bestsellers. In addition to her #1 bestselling Stephanie Plum novels and many other popular books, Janet is the author of The Recovery Agent, the start of a blockbuster new series. For more information about Janet and her books, visit her at www.evanovich.com.