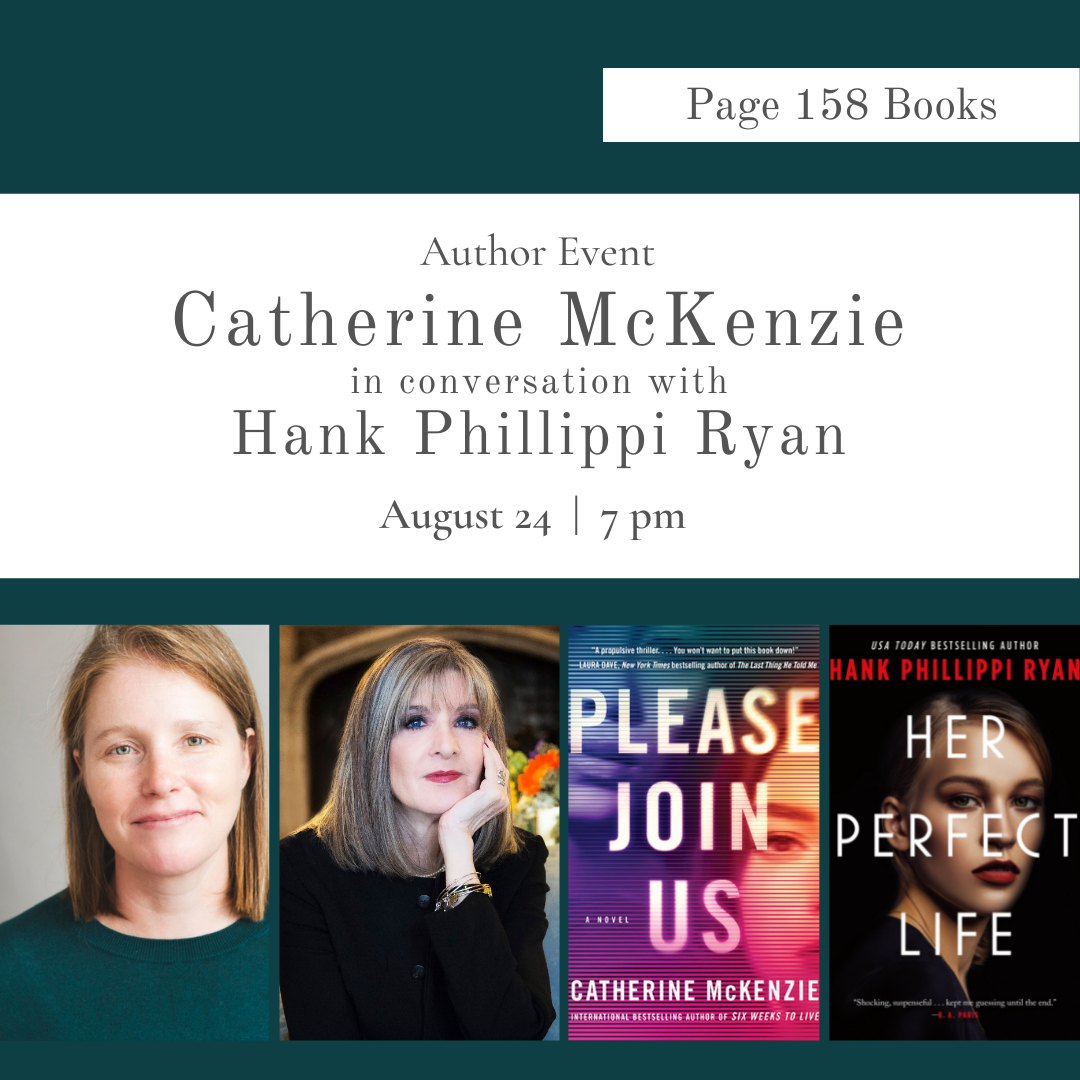 When USA Today bestselling author and high powered attorney Catherine McKenzie decided to retire from her more than two decades practicing law to write full time, she knew that the first book she’d write post-retirement would be drawn from an unusual invitation she received years earlier to join a secret women’s collective. A clandestine organization, she had no clue who recommended her or how they got her information, but she was intrigued. While she didn’t end up joining, the idea stuck with her as the concept—a group of successful women supporting each other—was something she could’ve used in her more than twenty years in the trenches of the boys’ club that is the legal profession.

In her latest novel, Please Join Us, Catherine McKenzie “delivers the thriller goods” (Publishers Weekly) with a timely and gripping exploration of what happens when a secret network of women fed up with the boys’ club band together to fight the patriarchy, stopping at nothing to achieve success.

Hank Phillippi Ryan is the USA Today bestselling author of 13 psychological thrillers, winning the genre's most prestigious awards: five Agathas, four Anthonys, and the coveted Mary Higgins Clark Award. She is also investigative reporter for Boston's WHDH-TV, winning 37 EMMYs. Book reviewers call her “a master of suspense.” The First To Lie (2020) garnered a Publishers Weekly starred review and is an Anthony and Mary Higgins Clark Award nominee. Her newest book is Her Perfect Life, a chilling psychological standalone about fame, family, and revenge with starred reviews from Kirkus and Publishers Weekly, which called it "a superlative thriller."