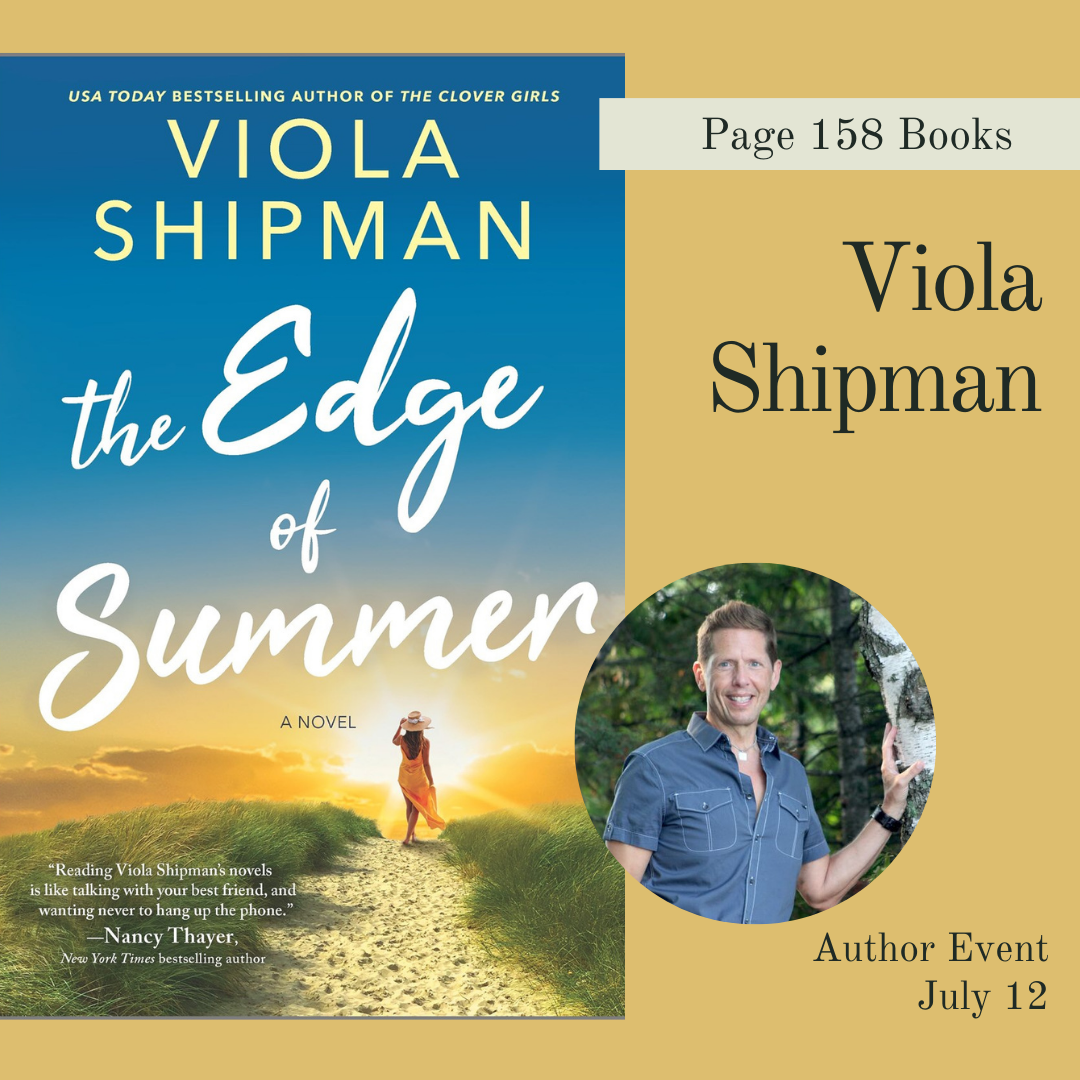 Page 158 Books is pleased to welcome author Wade Rouse for a launch day luncheon to celebrate the release of The Edge of Summer. This ticketed event includes a copy of the book as well as lunch from The Lemon Tree.

Viola Shipman is the pen name for Wade Rouse, a popular, award-winning memoirist. Rouse chose his grandmother's name, Viola Shipman, to honor the woman whose heirlooms and family stories inspire his writing.

The Edge of Summer is a captivating summertime escape set along the sparkling shores of Lake Michigan, where a woman searches for clues to her secretive mother's past.

Devastated by the sudden death of her mother--a quiet, loving and intensely private Southern seamstress called Miss Mabel, who overflowed with pearls of Ozarks wisdom but never spoke of her own family--Sutton Douglas makes the impulsive decision to pack up and head north to the Michigan resort town where she believes she'll find answers to the lifelong questions she's had about not only her mother's past but also her own place in the world.

Recalling Miss Mabel's sewing notions that were her childhood toys, Sutton buys a collection of buttons at an estate sale from Bonnie Lyons, the imposing matriarch of the lakeside community. Propelled by a handful of trinkets left behind by her mother and glimpses into the history of the magical lakeshore town, Sutton becomes tantalized by the possibility that Bonnie is the grandmother she never knew. But is she? As Sutton cautiously befriends Bonnie and is taken into her confidence, she begins to uncover the secrets about her family that Miss Mabel so carefully hid, and about the role that Sutton herself unwittingly played in it all.

Rouse is the author of The Clover Girls and The Summer Cottage, as well as The Charm Bracelet, which has been translated into more than a dozen languages and became an international bestseller. He divides his time between Saugatuck, Michigan and Palm Springs, California, and has written for People, Coastal Living, Good Housekeeping, and Taste of Home, along with other publications, and is a contributor to All Things Considered.