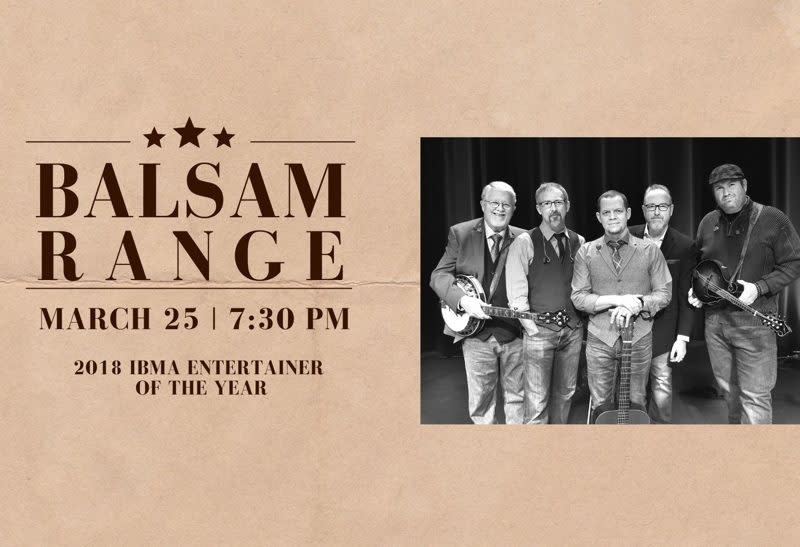 The 2018 International Bluegrass Music Association’s Entertainer of the Year, Balsam Range, has become one of the genre’s most award-winning acts. Since forming in 2007, the group has garnered 13 IBMA awards on the heels of eight critically acclaimed albums. Balsam Range has left audiences spellbound while headlining major festivals from coast-to-coast, selling out venues across the nation, and in multiple appearances at the Grand Ole Opry. The five original members are all acoustic musicians and singers from western North Carolina. Their name is thoughtfully inspired by the majestic mountain range that surrounds part of their home county of Haywood, NC where the Great Smoky Mountains meet the Blue Ridge, the Great Balsam Range.