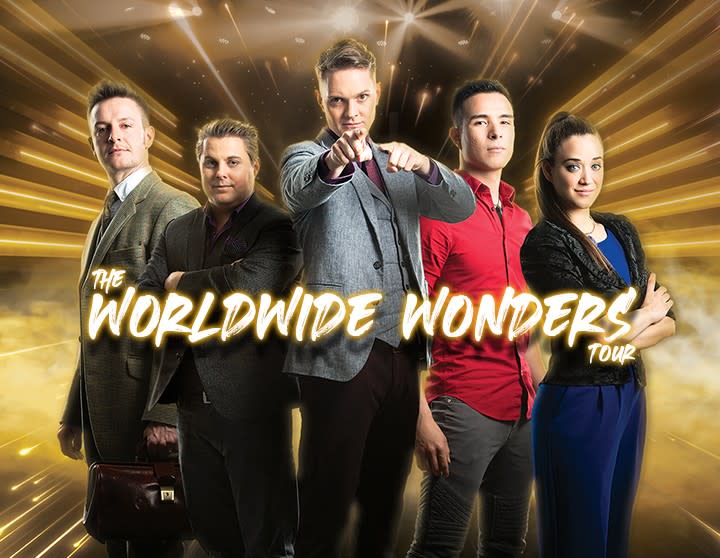 The Champions Of Magic team present incredible illusions using supercars, an impossible escape from Houdini’s water tank, a mind-blowing prediction that has to be seen to be believed and a finale beyond explanation.

With over 20 million online views between them, this cast of top magicians have been seen around the world on TV with appearances on ‘Access Hollywood Live’, ‘The Today Show’, ‘The Next Great Magician’, ‘Good Morning Britain’, ‘Penn & Teller: Fool Us’ and ‘Caught On Camera with Nick Cannon’.

Champions Of Magic has been seen by thousands across the world, now is your chance to see why fans return to see one of the world’s biggest touring illusion shows time and time again.

“You HAVE to check them out! That was tremendous!”
–Access Hollywood Live