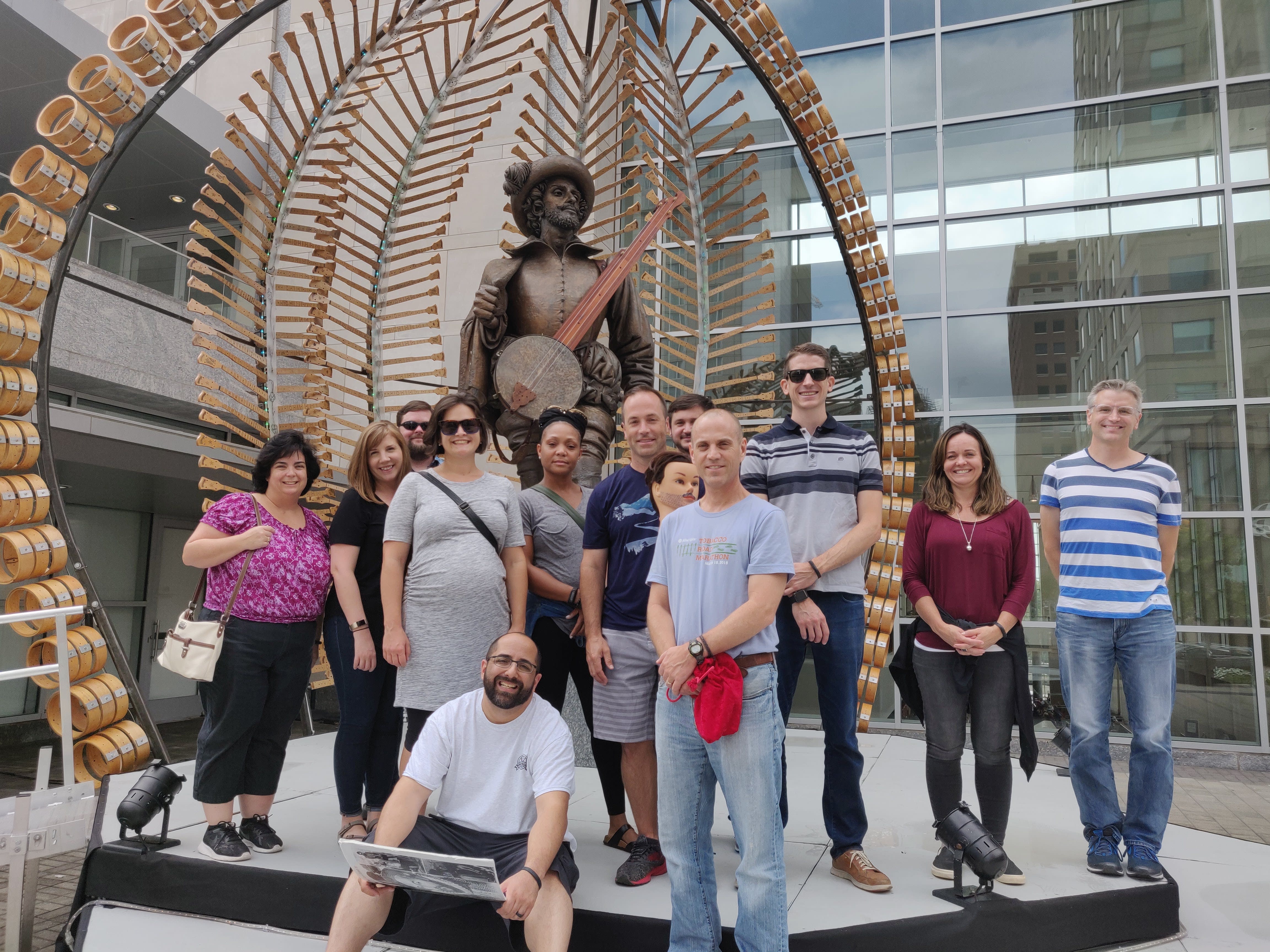 Delightful guided walking orientation tour of downtown Raleigh, N.C. With so many accolades bestowed Raleigh continues to move forward in its six downtown districts (Fayetteville St., Government, Oakwood, Moore Square, Warehouse, and Glenwood). Capture the sites, stories of the who, what, when, where and why of this growing foodie Capital City today.

Raleigh was founded in 1792 as N.C.’s capital city. It was named for Sir Walter Raleigh, who attempted to establish the first English colony on the shores of the new world in the 1580s. It is the only state capital to have been planned and established by a state as the seat of state government, and it is the largest city in a combined statistical area known as Raleigh-Durham-Chapel Hill (the Research Triangle Region). Gather a crew of friends, colleagues, and family for this high-value experience today!