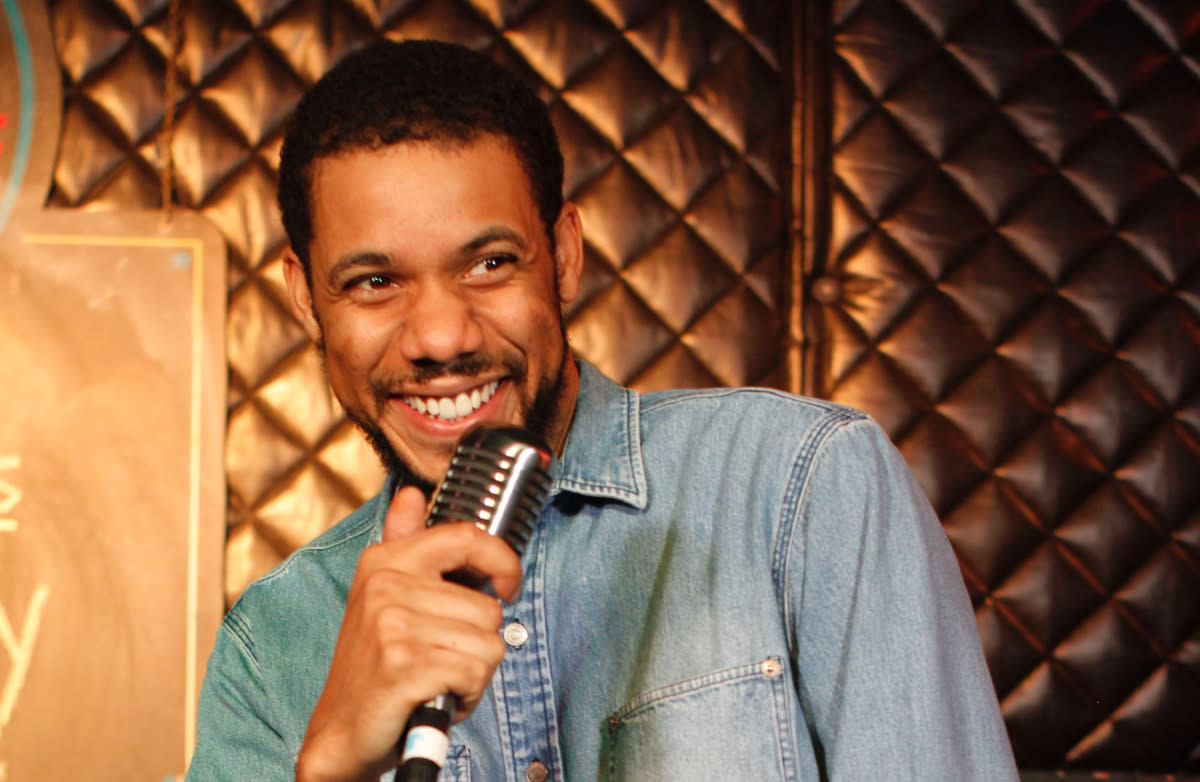 Originally from Atlanta, Clayton English is a stand-up comedian, actor, and writer. He first came to national attention as the winner of NBC's 2015 ‘Last Comic Standing’ competition and has since headlined in clubs, colleges, and festivals non-stop throughout the country. Clayton has also featured for comedy greats including Dave Chappelle as well as Bill Burr. Additionally, he was named a New Face at the Montreal JFL Comedy Festival.

Clayton made his late-night standup debut on ‘Late Night with Seth Meyers’ and has appeared on several popular shows; including, ‘LOVE’ on Netflix, ‘AP Bio’, ‘Brooklyn 99’, ‘Unprotected Sets’ on EPIX, ‘Comedy Knockout’, ‘Netflix is a Joke’, ‘Wild N Out’, as well as Will Smith’s popular Snapchat series ‘Will from Home’. He also starred in the Comedy Central web series, ‘Dope Movies’. His writing credits include ‘AP BIO’, ‘Wild N Out’, and the 2020 BET Awards hosted by ‘The 85 South Show’.