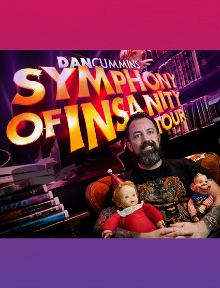 Dan is one of the most frequently played comics on Pandora with over 700,000 artist stations created and over 400 million plays. His seven comedy albums also spin heavily on numerous Sirius XM comedy stations.