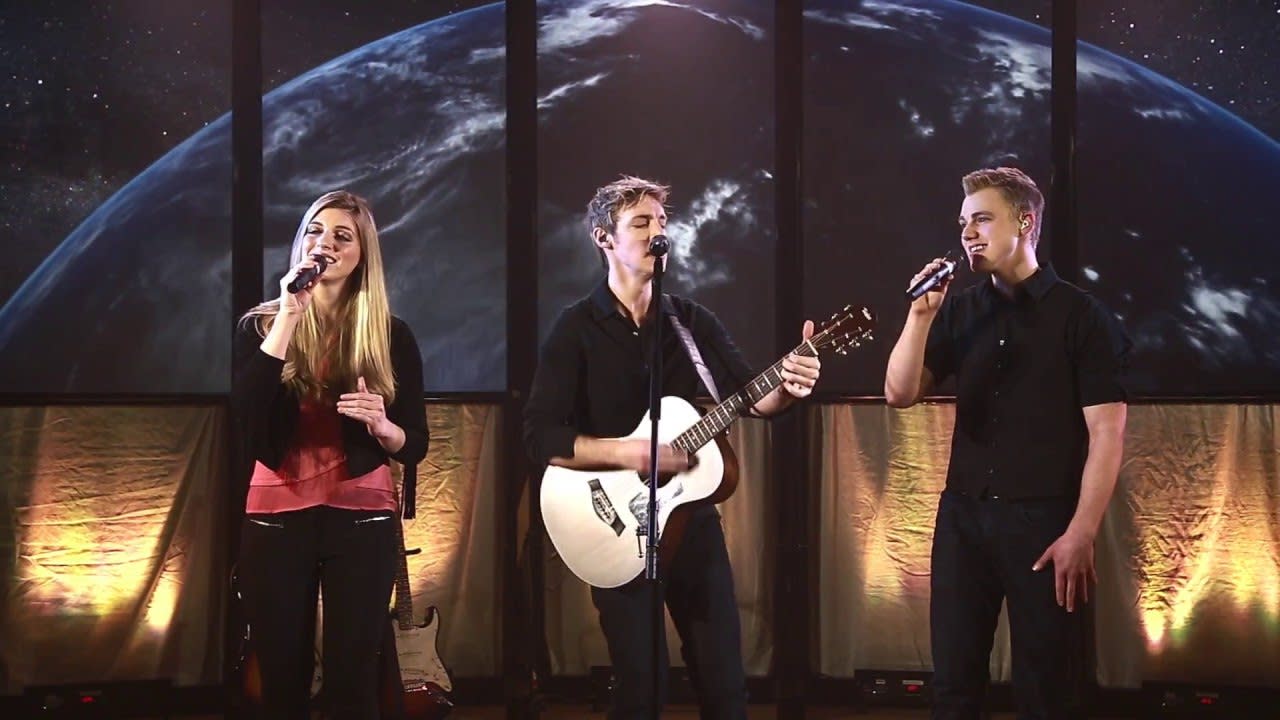 Raised in the Pacific Northwest, Derik Nelson & Family's signature sound features velvety three-part pop/folk vocal harmonies only a family can deliver. Siblings Derik, Riana and Dalten have been performing together since childhood. They’ve garnered over 3.6 million views on YouTube, performed in 100+ cities across the USA and reached nearly 100,000 students of all ages with educational music workshops, outreach programming, and fundraising assemblies. Derik has appeared regularly as the lead guitarist on television’s “Glee,” among other shows. Expect pristine sound, a state of the art light show and an integrated 20-foot video display. Derik’s interactive “clones” are featured throughout the show on the 5 screen video “wall.” The multiple “Derik clones” play many different instruments as a “virtual band.” Backed with warm acoustic guitar, and "silk on the ears" musicality, these genuinely kind, charming and talented siblings have a bond that’s palpable, both on stage and off. Audiences of every age are sure to be mesmerized from the opening to the dazzling finish.