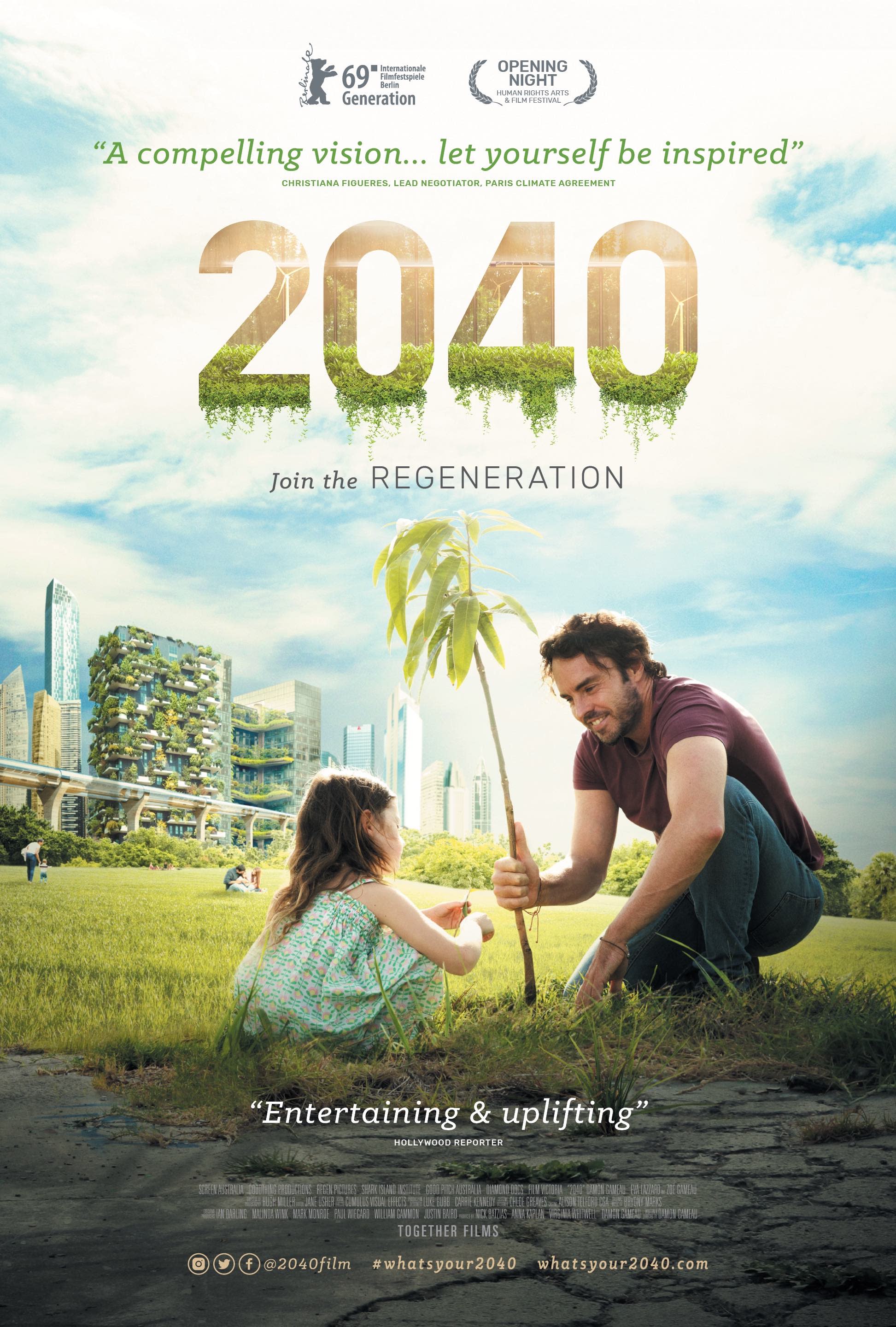 he Gregg Museum brings back its Eco Film Series in celebration of Earth Month with three free screenings of new and exciting nature films. The final film in this year’s series–2040–is a hybrid feature documentary that looks to the future, but is vitally important now. Motivated by his 4-year-old daughter and concern for the planet she will inherit, Australian actor, director, and producer Damon Gameau embarks on a global journey to meet the innovators and change makers pioneering the best solutions already available to us today to improve the health of our planet and societies. Inspired by these discoveries and guided by the many children he consults with along the way, Damon interweaves dramatic sequences and high-end visual effects to conjure a positive portrait of what ‘could be’ instead of the current dystopian future we are so often presented.