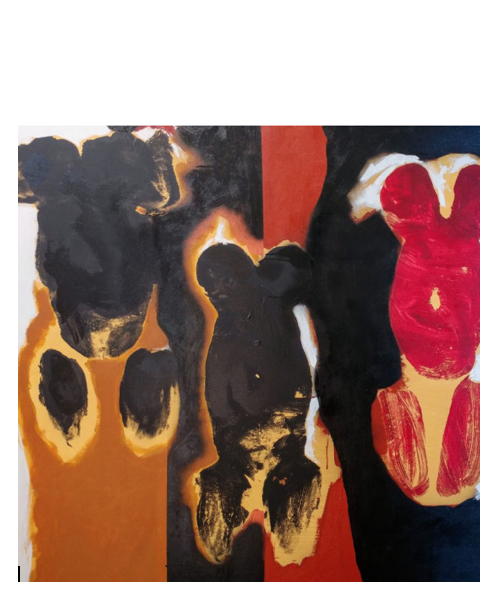 From soul to brush to canvas, McRay’s art overflows with bright colors, expressive styles, and energized designs, which he employs to capture the vibrancy and intensity of his subjects. He goes from paintings with a lot of splash and spontaneity to images with a sense of organization and reason. In this body of work, Eric McRay has used non-objective abstraction in the tradition of the New York School of the 1940s and 1950s. His focus is on subjective emotional expression with a particular emphasis on spontaneous creative actions to create this body of work.

McRay received a BFA degree at the Maryland Institute, College of Art, where he earned a four-year scholarship for his artistic talent.  A native of Washington, DC, McRay moved to North Carolina and has been exhibiting since 1987.

McRay’s artistic career has been featured on TV and radio programs, and in numerous newspapers, magazines and websites.  The Raleigh News & Observer named him one of the “Artists to Watch”. McRay has received feature articles in Fortune Small Business, Art Business News, Our State Magazine and Southern Living Magazine.

Some of his collectors include the SAS Institute, American Tobacco Campus, North Carolina Central University Art Museum, Duke University Medical Center, Duke Health Raleigh Hospital, NC State University, UNC – Chapel Hill and Western Wake Hospital, as well as many private collectors locally, nationally and internationally.  Also, McRay was privileged to participate in the Art in Embassies Program, which displayed his works in the US Embassy in Copenhagen, Denmark.