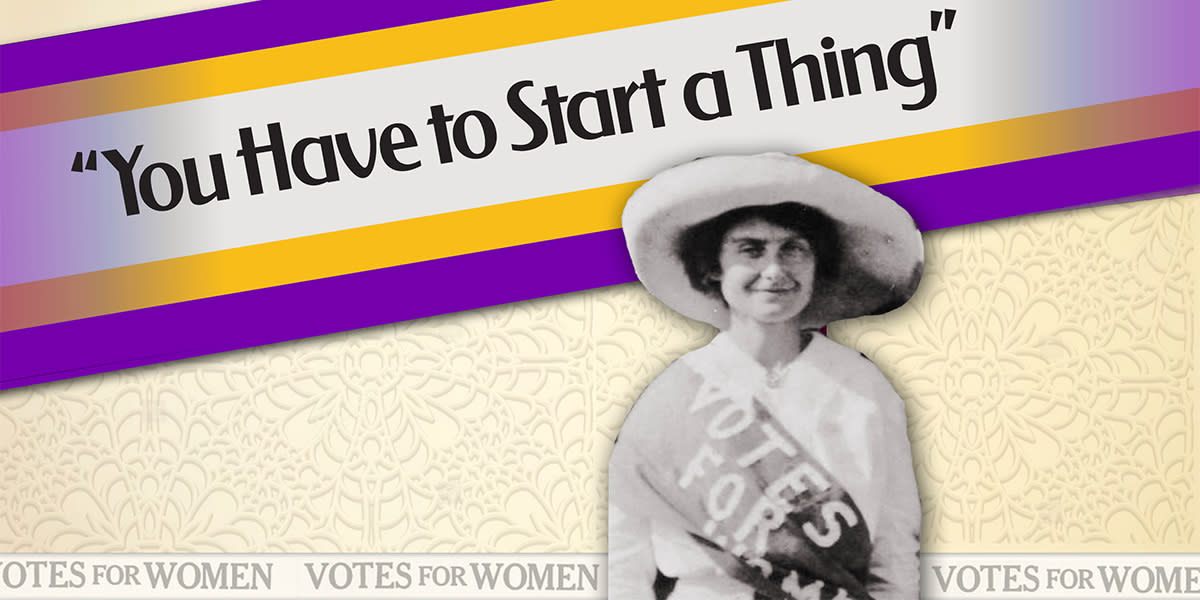 Exhibit: You Have to Start a Thing (Canceled)

This event has been canceled.

The year 2020 marks the 100th anniversary of the 19th Amendment to the United States Constitution. "You Have to Start a Thing"  explores how Tar Heel women and men fought for—and against—woman suffrage in the decades leading up to 1920. It also chronicles the ongoing struggle to ensure voting rights for North Carolinians of color and the (slow) entry of women into positions of political power in our state.

“I’ve really enjoyed working on “You Have to Start a Thing,” says exhibit curator, RaeLana Poteat. “One of my favorite aspects has been ‘rediscovering’ North Carolina “Suffs” and “Antis” who fought on both sides of the suffrage debate. So many of these women and their contributions have faded from our collective memory. Having the opportunity to tell their stories has been very rewarding.”

Visitors to the exhibition can learn about the national movement for woman suffrage and will find out how the campaign for suffrage was different in North Carolina than in other areas. They also can see the faces of the North Carolinians who stood up for the cause.

The exhibit offers museumgoers the chance to experience the suffrage debate by watching life-size videos of actors portraying suffragists and antisuffragists. They can listen to the words and opinions of real people, taken from actual speeches, letters, newspaper articles, and propaganda circulating in North Carolina between the 1890s and 1920.

Visitors also can spin a wheel of enfranchisement to find out whether they would have been able to vote at various points in North Carolina’s past. And what’s an exhibit about voting without a voting interactive? In “Have a Say—Vote Today!” visitors can express their opinions by voting on potential constitutional amendments.

Visitors to the exhibit can learn about the national movement for woman suffrage and will find out how the campaign for suffrage was different in North Carolina than in other areas. They can also see the faces of the North Carolinians who stood up for the cause.

“I think visitors may be surprised by the complexities inherent in the arguments both for and against woman suffrage and will notice parallels to issues our country still wrestles with today," Poteat adds.