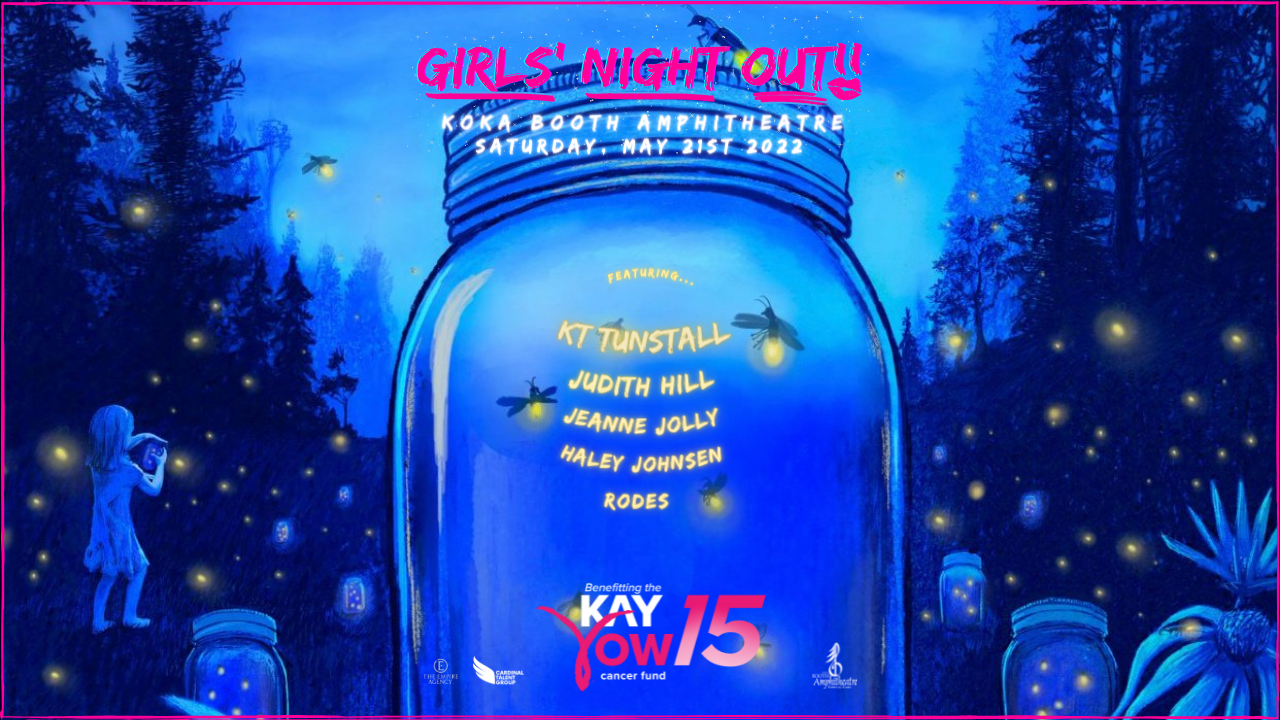 The inaugural GIRLS’ NIGHT OUT will feature sets by KT Tunstall, Judith Hill, Jeanne Jolly, Haley Johnsen and Rodes. A portion of the proceeds from the Saturday, May 21 concert will benefit the Kay Yow Cancer Fund, a Raleigh-based non-profit organization, founded by Hall of Fame and Olympic gold medal-winning coach, Kay Yow, a longtime Cary resident. Since its start the organization has raised  $7.8 million that has been awarded to scientific research grants and programs serving the underserved in the fight against ALL cancers affecting women. We are proud to come together for one night under the stars to share music, stories and memories.