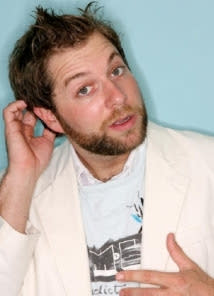 Jay Larson is best known as a stand-up comedian with multiple appearances on "The Late Late Show," four appearances on "Conan" and his own half-hour special on Comedy Central. Jay’s style is completely original and his ability to connect to an audience through storytelling is unmatched. As a storyteller, his “Wrong Number” story went viral after climbing to #1 on Reddit and was also featured on “This American Life” with Ira Glass claiming, “Perfect Comedy, Perfect Storytelling…” Jay’s Story telling has also been featured on Comedy Central’s “This is Not Happening” and can be heard every "Toozdee" on his wildly successful podcast, "The CrabFeast."