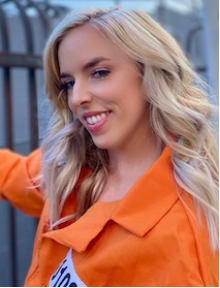 Internationally touring comedy phenom Jessica Michelle Singleton has gained worldwide fans with her live headlining performances from North America and Europe to Africa and Asia, as well as her debut comedy album, “Please. Don’t. Leave. Me.,” which reached #1 on iTunes and was considered for the "Best Comedy Album" Grammy.