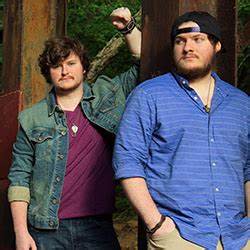 GPAC From Home presents 2DIGH4 on Facebook LIVE
2Digh4 (pronounced Two Die Four) is a country/rock/pop band founded by brothers Landon and Aubrey Digh from Fuquay-Varina, NC. Formed in 2014, 2Digh4 has played at multiple big events, including the Carolina Country Music Festival in Myrtle Beach, SC in 2016 and the Coca-Cola 600 NASCAR race at Charlotte Motor Speedway in Charlotte, NC in 2018. The brothers write original songs for the group. On July 12th, 2019, 2Digh4 released their very first single, "North Carolina." It had its first radio debut on July 28th, 2019 on 94.7 QDR and also on 98.5 The Big Dawg which also featured an interview with them.