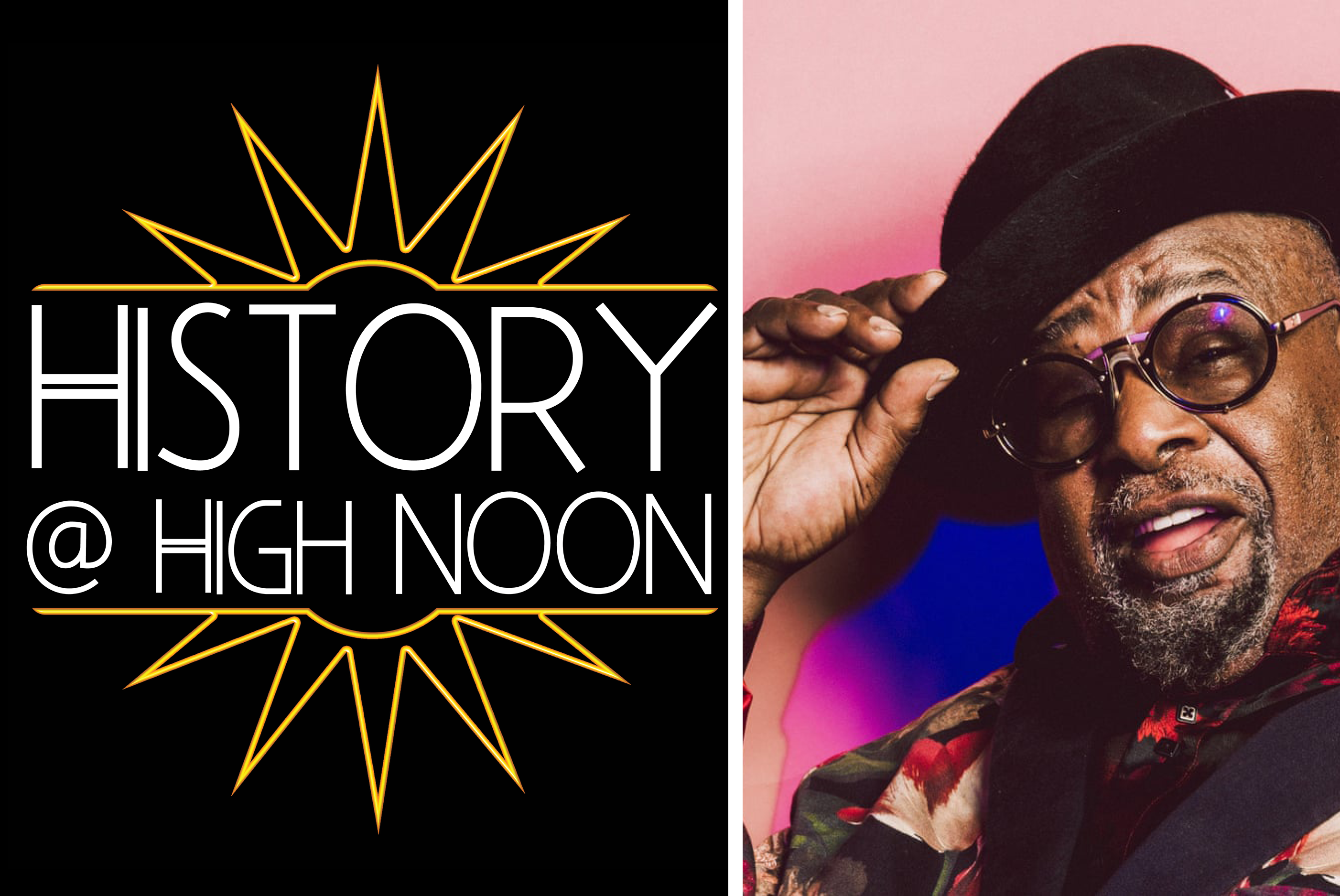 History at High Noon: "One Nation Under A Groove" - The Life and Music of George Clinton

This is an online program. An email containing a Zoom link will be sent to all registrants an hour and a half before the program begins.

Join us for a special History at High Noon as Professor Douglas A. Jackson of Elizabeth City State University gives us a behind-the-scenes look at the life and music of George Clinton. Clinton is known, along with James Brown and Sly Stone, as an innovator in rhythm and blues, soul, and funk music. Clinton’s musical roots came from gospel music and doo-wop groups.

In the early 1970s, he veered into party music that carried the term “funk” from dance halls to college campuses. This driving dance music was enhanced by flashy costumes and stage props—specifically, Clinton would emerge from a refashioned spaceship called the Mothership. His party hits “Flash Light,” “Knee Deep,” “Atomic Dog,” and “One Nation Under a Groove” stand alone in music history and are some of the most sampled tracks in hip-hop and rap genres.