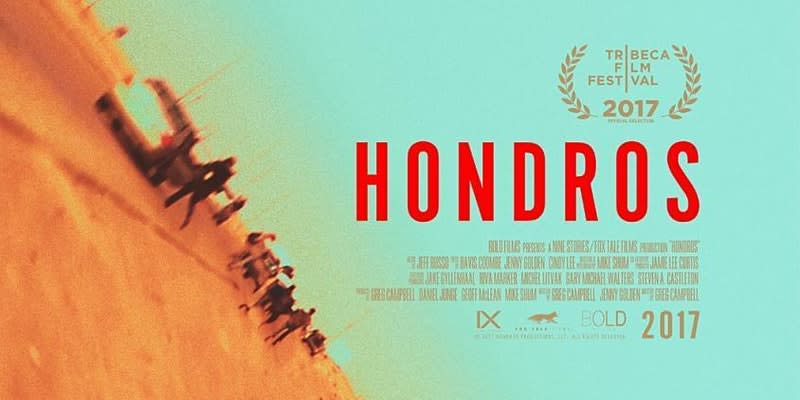 Hosted Film Screening of HONDROS with an introduction by film director Greg Campbell. HONDROS is an American documentary film about war photographer Chris Hondros, whose work is currently on display at the Gregg Museum. An NC State graduate and two time Pulitzer Prize finalist, Hondros traveled to the world’s major conflict zones of the last two decades, including Kosovo, Angola, Sierra Leone, Afghanistan, Kashmir, the West Bank, Iraq and Liberia. In 2006, he was awarded the Robert Capa Gold Medal, war photography’s highest honor. In 2007, he was named a Hero of Photography by American Photo magazine for his ongoing coverage of the Iraq war. He was killed on the morning of April 20, 2021, in a mortar attack by government forces while photographing the conflict in Misrata, Libya.

Filmmaker Greg Campbell, a high school friend of Hondros, also became a conflict journalist, covering subjects like the Balkans War of the 1990s and the “blood diamond” industry in Sierra Leone. After Hondros' death, Campbell was contacted by Liberian Joseph Duo, the subject of one of Hondros's most famous photographs, and learned that Hondros had returned to Liberia to help Duo earn his high school and college education.

With that discovery Campbell knew a film had to be made, and launched a Kickstarter campaign in 2013. Support of executive producers Jake Gyllenhaal and Jamie Lee Curtis helped him finish it in 2017. HONDROS premiered at the Tribeca Film Festival, where it won the Audience Award, Documentary First Place. Greg Campbell will introduce the film at the Gregg Museum on the evening of the screening. Conflict Photography by Chris Hondros, an exhibition of Hondros’s photographs, will remain on view at the Gregg Museum through January 9, 2022.