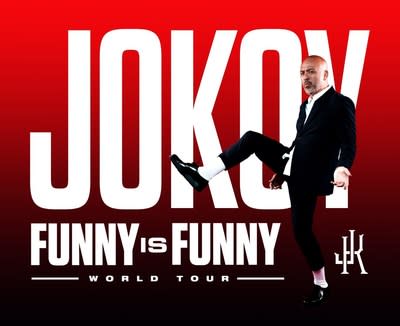 This event was previously scheduled for January 16, 2022, and has been rescheduled for June 11, 2022. Previous tickets are valid for the new date. If you have any questions, please contact your original point of purchase, or email us directly at PAC.Info@RaleighNC.gov

As one of today’s premiere stand-up comics Jo Koy has come a long way from his modest beginnings performing at a Las Vegas coffee house. The hugely relatable comic pulls inspiration from his family, specifically his son.

Koy started 2020 with a bang with four sold out shows and selling over 25,000 tickets at both the Chase Center in San Francisco and The Forum in Los Angeles. He continues selling-out and breaking records at some of the most prestigious venues around the world including Mall of Asia Arena (Manila, PH), Coca-Cola Arena (Dubai), ICC Theatre (Sydney, AU), and Radio City Music Hall (New York City).