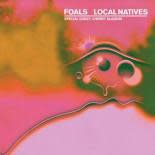 Earlier this year, Local Natives released their critically acclaimed fourth album,  Violet Street  via Loma Vista. The soaring, blissful and introspective new album features singles including “lush and searching” (Stereogum) “When Am I Gonna Lose You,” whose cinematic video starred Kate Mara and was performed by the band on Ellen; “Café Amarillo,” which FADER hailed for “illustrating a sort of emotional purgatory;” and “Tap Dancer” that Brooklyn Vegan praised for its “elegiac ache.” The band wrapped their nearly sold out cross country North American tour earlier this fall with Austin American Statesman praising their “unadulterated energy” at one recent show.