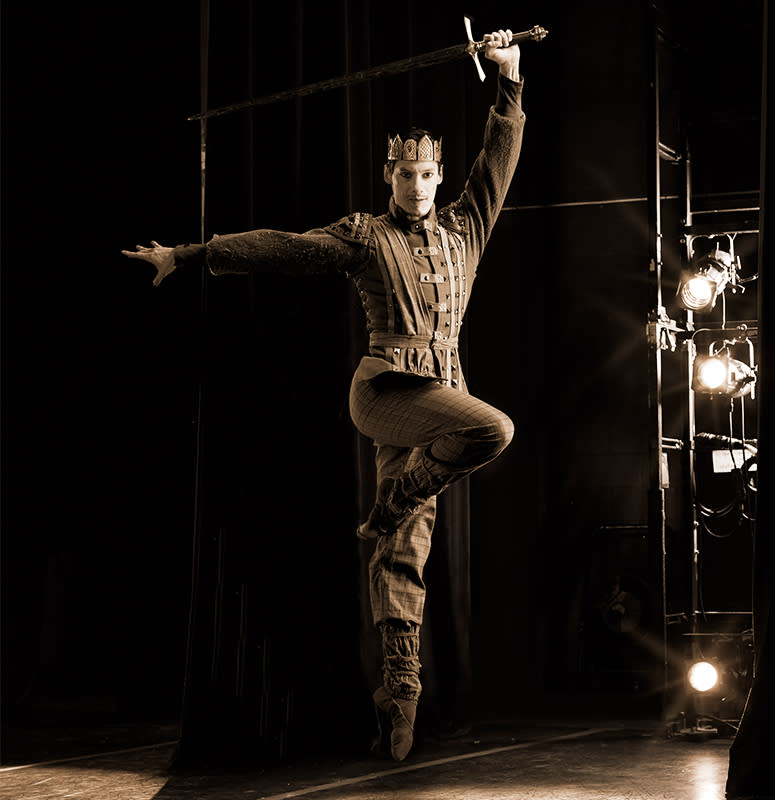 It was our hope that we would all be reunited in the theatre by this point in time. At this moment, that is not the case. Therefore, in an effort to stay connected with our patrons and ticket holders, (and to hold out for the possibility of having audiences in-person at our performances during the months to come), Carolina Ballet will continue to perform “virtually” by live-streaming* the following program from Raleigh Memorial Auditorium:

For those of you who were able to witness this groundbreaking production at its 2016 premiere, you can attest to the magnitude and majesty of Carolina Ballet’s Macbeth. With so many sets, costume pieces, production crew, musicians and guest artists onstage and backstage for Macbeth, we have made the decision to go into the vault and present UNC-TV’s televised version with our original cast, including principal dancers Lara O’Brien, Marcelo Martinez and Pablo Javier Perez. A virtual talkback will take place one hour before the airing, with choreographer Robert Weiss, composer J. Mark Scearce, and other originating cast members offering an intimate look into how the production’s concept, music and choreography were developed.