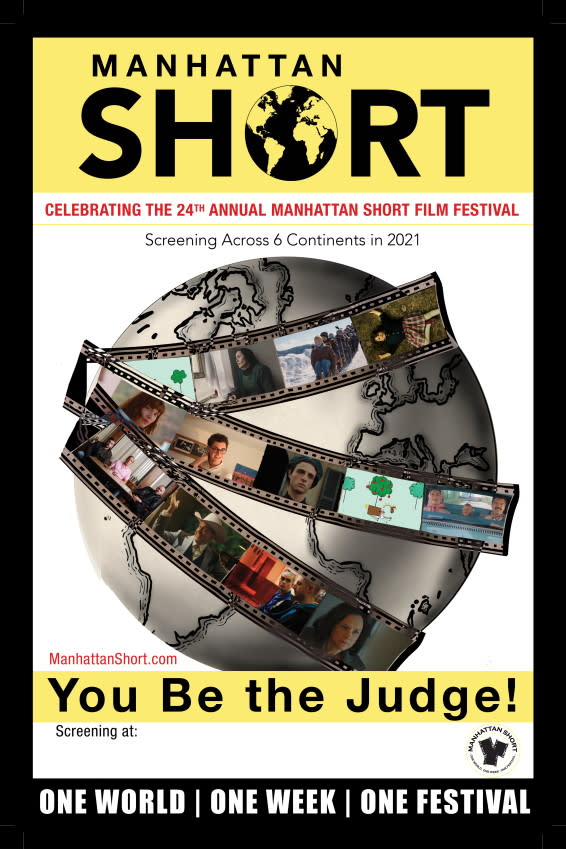 Manhattan Short announces the Final Ten selections for its 24th Annual Short Film Festival, a worldwide event taking place in over 400 venues across six continents between September 23 and October 3, 2021. Manhattan Short is the only event of its kind. The Final Ten screen simultaneously across the world during a one-week period, with the Best Film and Best Actor awards determined by ballots cast by the audiences in each participating venue. By virtue of their selection by Manhattan Short, each short film is automatically Oscar-qualified.

Manhattan Short continues to be a showcase for new voices and perspectives. Death By Handshake director Hudson Flynn, for example, was just 16 years old when he created his wry nod to New York City living during the Covid-19 pandemic. Humor also pervades films like Rough from Northern Ireland, France’s Archibald’s Syndrome and Monsieur Cashemire of Canada. Out of Time and the animated Aurora are close studies by a pair of women directors of life at different stages of our existence from French and American perspectives. Short films tackling big topics include Norway’s The Kicksled Choir, which offers a refreshing look at conflict resolution, while Bad Omen examines how a woman copes with stark circumstances in Afghanistan. Closed To The Light reaches back in time to focus on a riveting moment in World War II Italy while the UK’s Ganef examines that war’s trickle-down effect on subsequent generations.