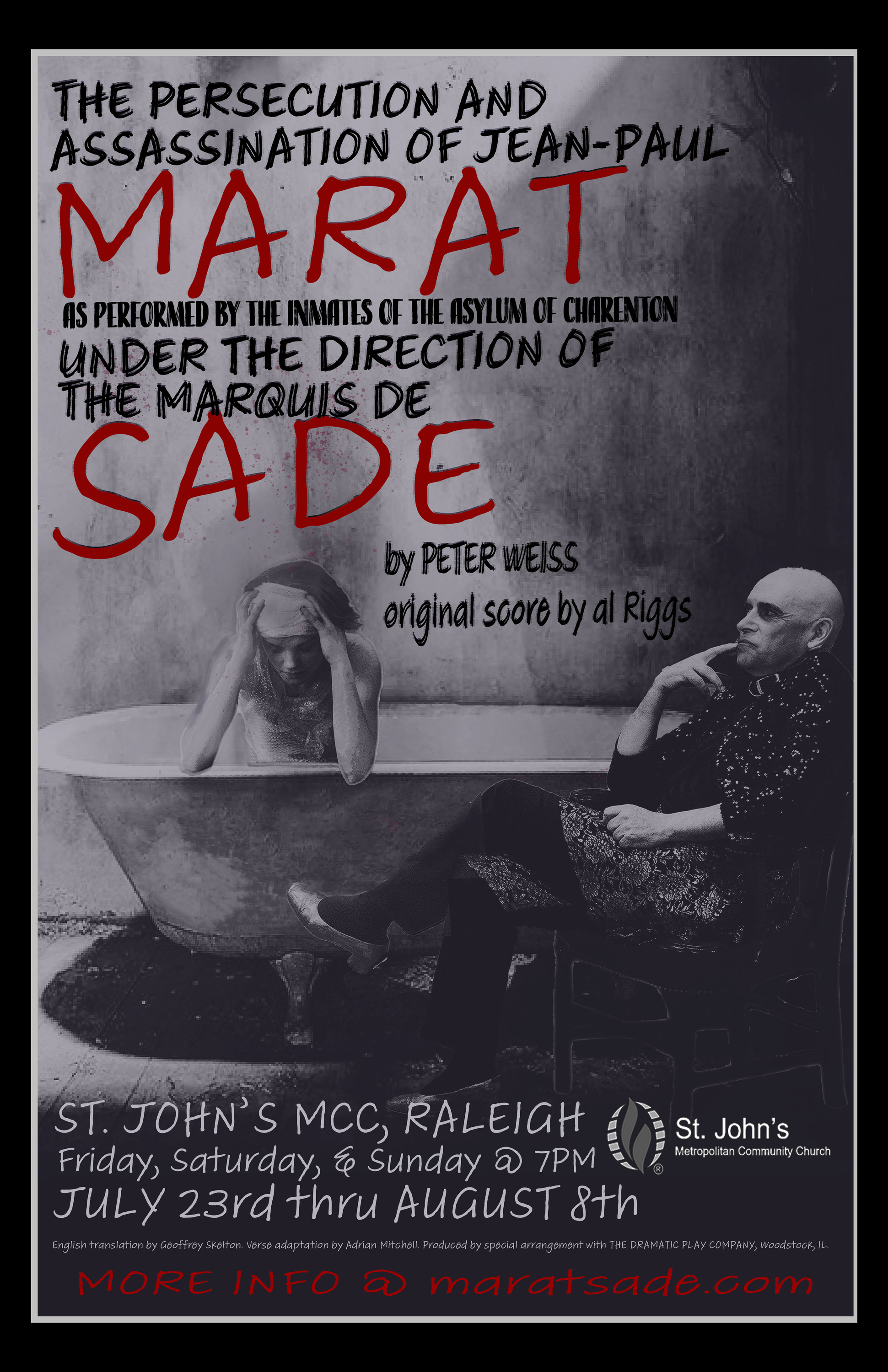 A new production of "The Persecution and Assassination of Jean-Paul Marat as Performed by the Inmates of the Asylum of Charenton Under the Direction of the Marquis de Sade" by Peter Weiss will be presented live and in-person, directed by Dustin Britt with a new original score by North Carolina singer-songwriter al Riggs.

In the early 19th century, the religious leadership of the Asylum of Charenton allowed infamous inmate and aberrant author the Marquis de Sade to perform theatrical "experiments" on the other patients. The meta-fictional musical "Marat/Sade" brings you--the audience--into the asylum for a barbarous performance where Sade's loyal company gives the Charenton administration more than it bargained for. Through song, comedy, eroticism, and violence, Peter Weiss's play poses challenging questions about economic oppression, blind patriotism, press censorship, and body autonomy.