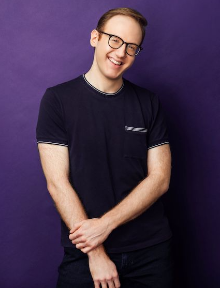 Matt Bellassai is a comedian, writer, and social media sensation known for his witty and irreverent takes on adulthood and the struggles of everyday life. Matt’s comedy combines the traditional formula of stand-up with his signature crabby prose on various topics affecting the masses. He expresses these daily frustrations on his hit Facebook series "To Be Honest," his weekly podcast "Unhappy Hour," and in stand-up shows across comedy clubs all over the country. He also hosts an IGTV series "Bitchin Baking", where he combines his two favorite things, carbs and complaining. Throughout lockdown, Matt brought "To Be Honest: The Game Show" to the masses, a virtual trivia show filled with bouts of comedy. Most recently, Matt is boasting his writing chops with his new weekly newsletter, "This is Gay Culture," where he persuades his readers as to why certain topics are just plain gay.