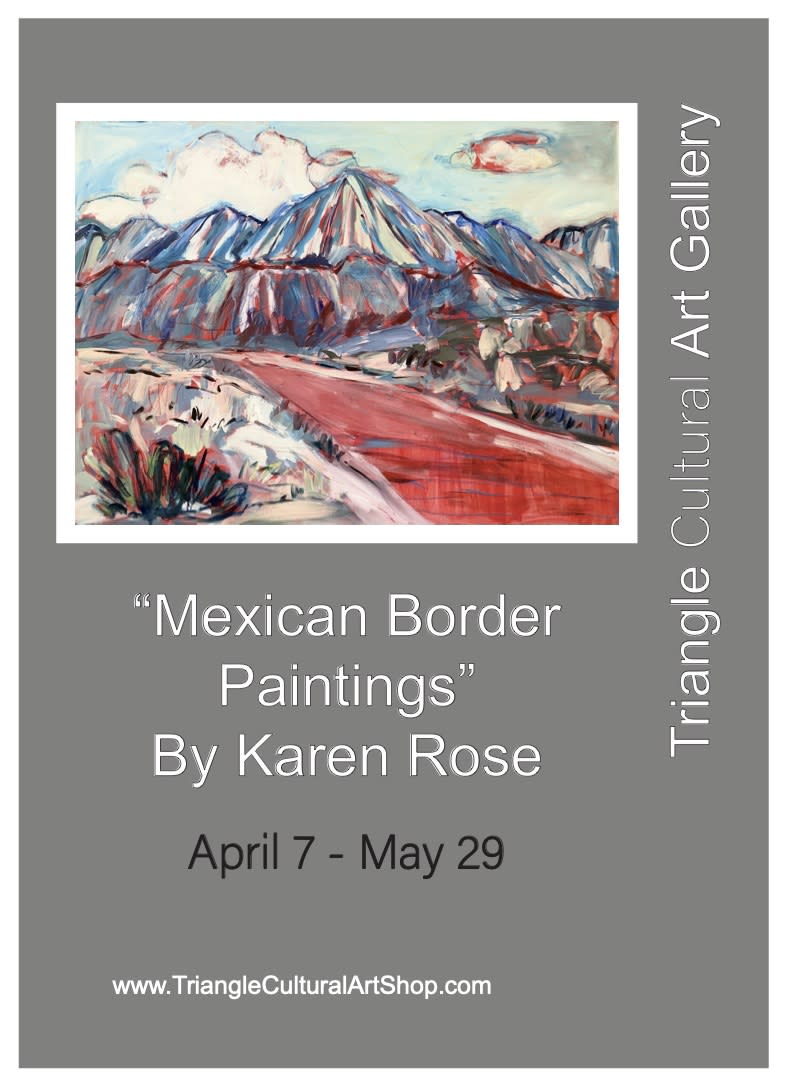 Karen Rose has been a painter for over 30 years in New York City, San Francisco, and Raleigh. She has been painting an ongoing series of landscapes on both sides of the Mexican border, with the notion that landscapes transcend borders. Her identity and heritage straddle these places, as the product of a Mexican family that emigrated to California during the Mexican Revolution and a Scots/Irish San Francisco family. The border wall, immigration policies, political vitriol against Mexicans, and children in cages are all recent matters that aggressively spotlighted these regions and what it means to be Mexican/American. A cancelled trip to the Mojave Desert during the pandemic led her to use film stills of movies shot in Mexico, Southern California, Arizona, and Utah as source material for digital, watercolor, oil, and acrylic paintings. She has also been painting a series based on the North Carolina Mountains to Sea Trail, having hiked, biked and kayaked portions of the trail. As an enthusiast of native plants that inhabit these landscapes, Rose appreciates that plants are regional, not divided by country, but by ecosystem. Some native plants even transcend these partitions, such as the prickly pear and the yucca, native to North Carolina as well as Mexico and the Southwest desert areas of the United States. As a California transplant in North Carolina, Rose has been able to reroot as well as gain perspective on her heritage and her native lands. Exhibit on display April 8th - May 29th, 2022.