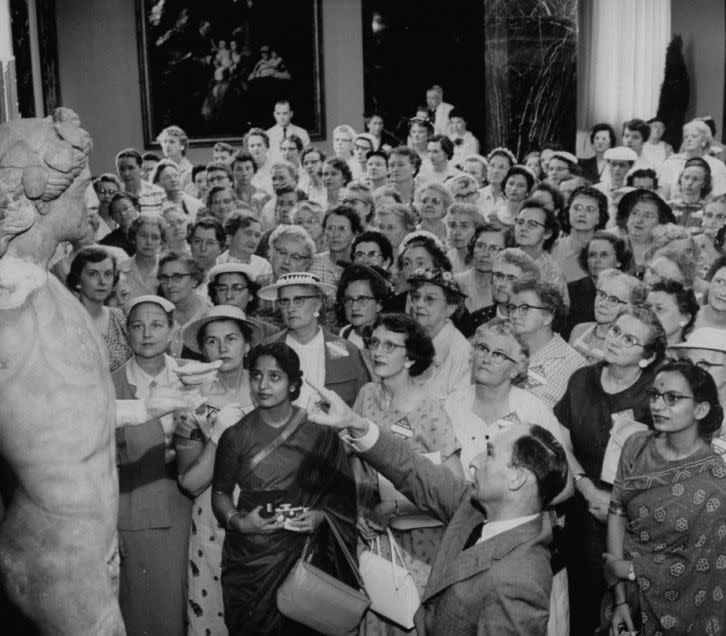 In 1947 the North Carolina General Assembly passed an unprecedented appropriations bill setting aside one million dollars for the purchase of a public art collection, leading to the creation of the North Carolina Museum of Art in 1956. The Museum’s opening culminated a 30-year effort to establish an art museum in downtown Raleigh and was hailed in the local press as the “Miracle on Morgan Street.” This exhibition tells the story of the NCMA’s founding and development between 1946 and 1960, including its acquisition of an impressive core collection; early leadership under a veteran museum director, Wilhelm R. Valentiner; and receipt of a nationally significant donation of art from the Samuel H. Kress Foundation in 1960.

Organized by the North Carolina Museum of Art. Generously supported by The Andrew W. Mellon Foundation. This exhibition is made possible, in part, by the North Carolina Department of Natural and Cultural Resources; the North Carolina Museum of Art Foundation, Inc.; and the William R. Kenan Jr. Endowment for Educational Exhibitions. Additional support was also provided by Rosemary and Smedes York. Research for this exhibition was made possible by Ann and Jim Goodnight/The Andrew W. Mellon Foundation Fund for Curatorial and Conservation Research and Travel.