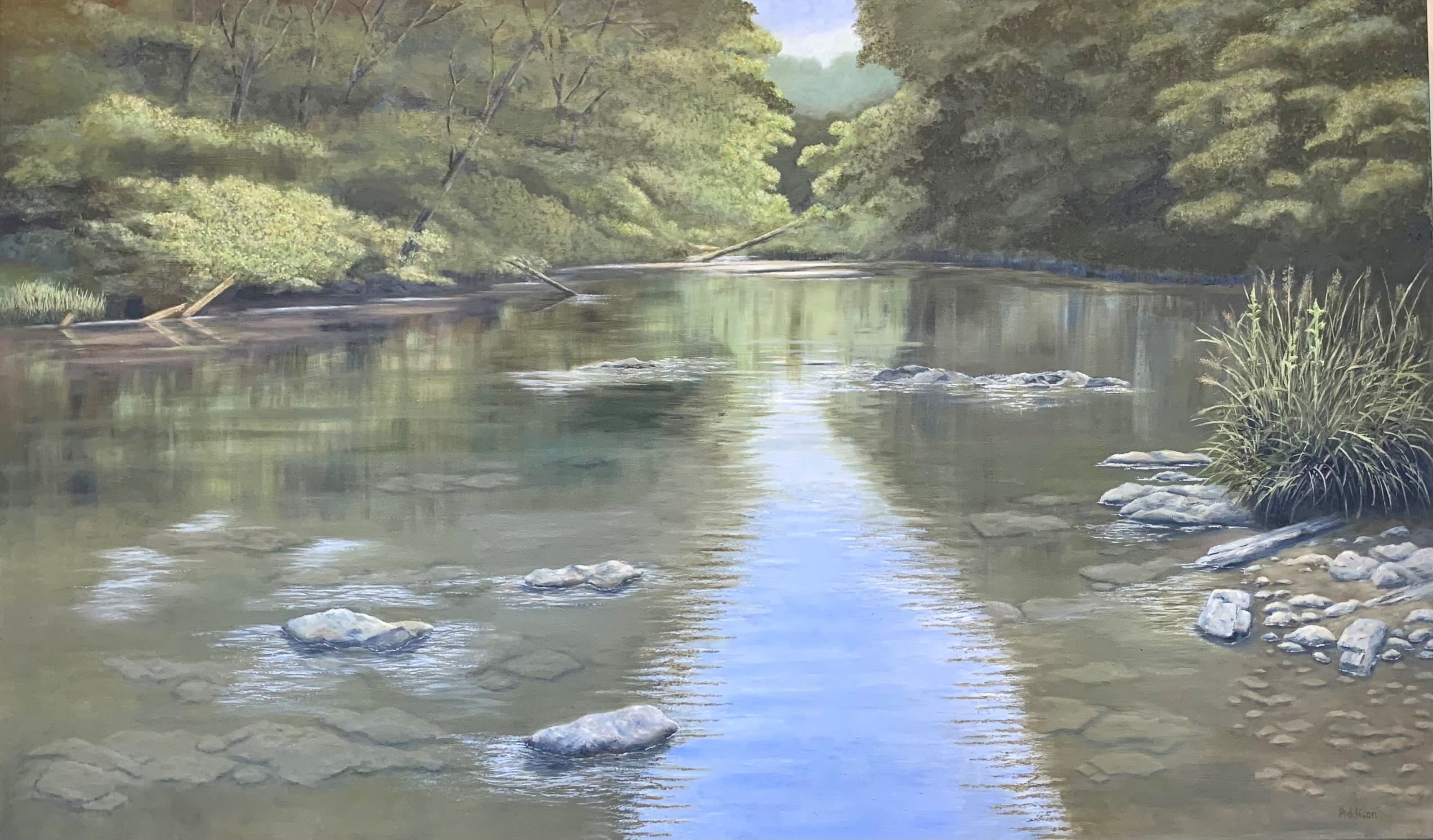 David Addison Pickel, who signs his paintings using his middle name, finds his artistic inspiration in the bodies of water and beautiful landscapes that surround us, from the coasts of North and South Carolina to Maryland's Eastern Shore to Canada's forested glades and further. An avid outdoorsman, ADDISON paints from sketches and photographs he makes while traveling.

Born in 1956, ADDISON lived in several countries in Europe and Asia. For the last 24 years he has called Raleigh home. ADDISON trained in visual arts and photography as an undergraduate at the University of Alaska. Later he studied fine art and design at Ohio University and received his Master of Science in Journalism. This is ADDISON'S first solo exhibition at Gallery C.