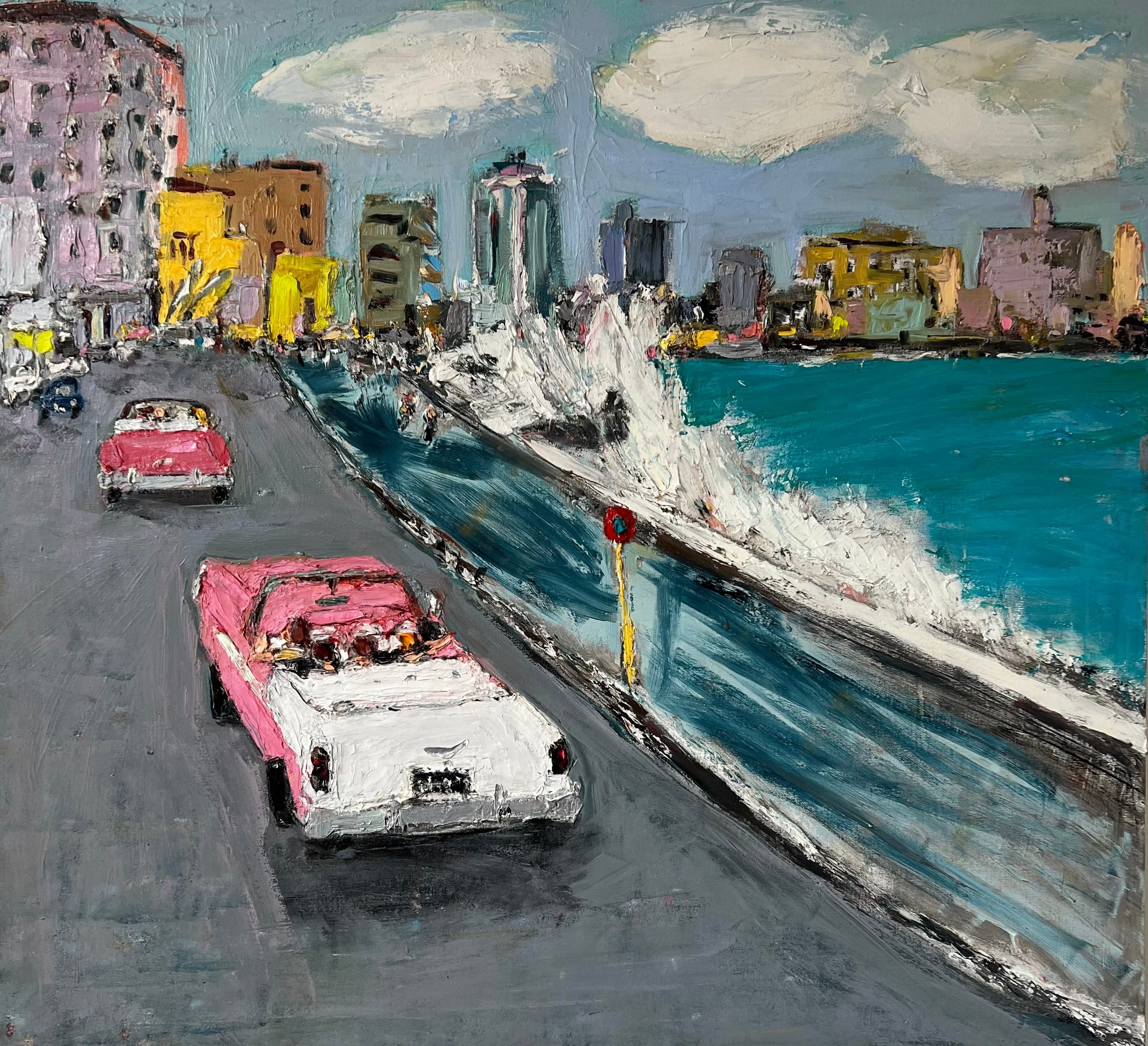 Ana Guzman’s art reflects the colors and energy of her native Havana, Cuba. Ana’s style has been compared to that of “a jazz musician’s brush strokes on the drums,” equating the rhythm of her brushwork with the rhythm of her subjects. Ana Guzman paints with energy and expression combining line, texture, color and form, giving the eye just enough information to suggest the desired image.

Arriving in the United States at the age of five and speaking little English, Ana chose drawing as an important means of communication. Ana Guzman’s sketchbook was always close at hand as her family moved from New York to rural Pennsylvania and during summer vacations exploring their new country. In 1988, she and her husband, Julio, co-founded Coco Loco, a successful Cuban restaurant located in the heart of Atlanta. The restaurant became her canvas where she painted colorful murals reminiscent of old Havana, traditional Spanish seaports, and festive gatherings. Ana currently focuses on making art full time in her Atlanta Studio.