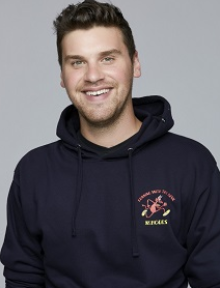 This event was rescheduled from its original date of March 29, 2020.

With his natural charm and raw talent, Nick Colletti is quickly emerging as one of Hollywood’s most dynamic and sought-after comedians and personalities. Nick can currently be seen starring alongside Jimmy Tatro in Facebook Watch’s comedy-hit, "The Real Bros Of Simi Valley," which will soon begin production on its third season. Colletti stars as Duncan in the faux-reality show, which centers on four best friends as they navigate life in Simi Valley. Online, Colletti has developed a massive fan base where he often posts videos and interacts with his 940k+ fans.