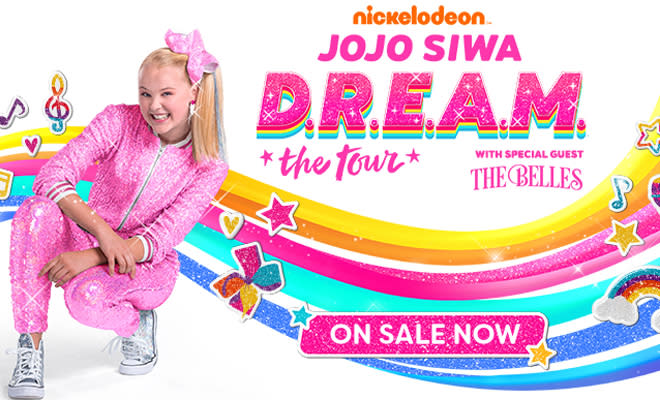 JoJo Siwa D.R.E.A.M. The Tour is produced by Nickelodeon and AEG Presents and sponsored by Hairdorables®. Nickelodeon’s JoJo Siwa D.R.E.A.M. The Tour remains one of the hottest tickets of the year. Siwa’s inaugural run ranked at #5 on the Hot Tours Chart as reported by Billboard, with 80 of the 96 dates sold out as the tour touched down in seven countries on three continents.

Nickelodeon’s JoJo Siwa D.R.E.A.M. The Tour is a part of the Viacom Live Experiential portfolio. With 25 events and growing, Viacom Live delivers experiences that drive culture and conversation, allowing fans to connect with the most influential brands globally.