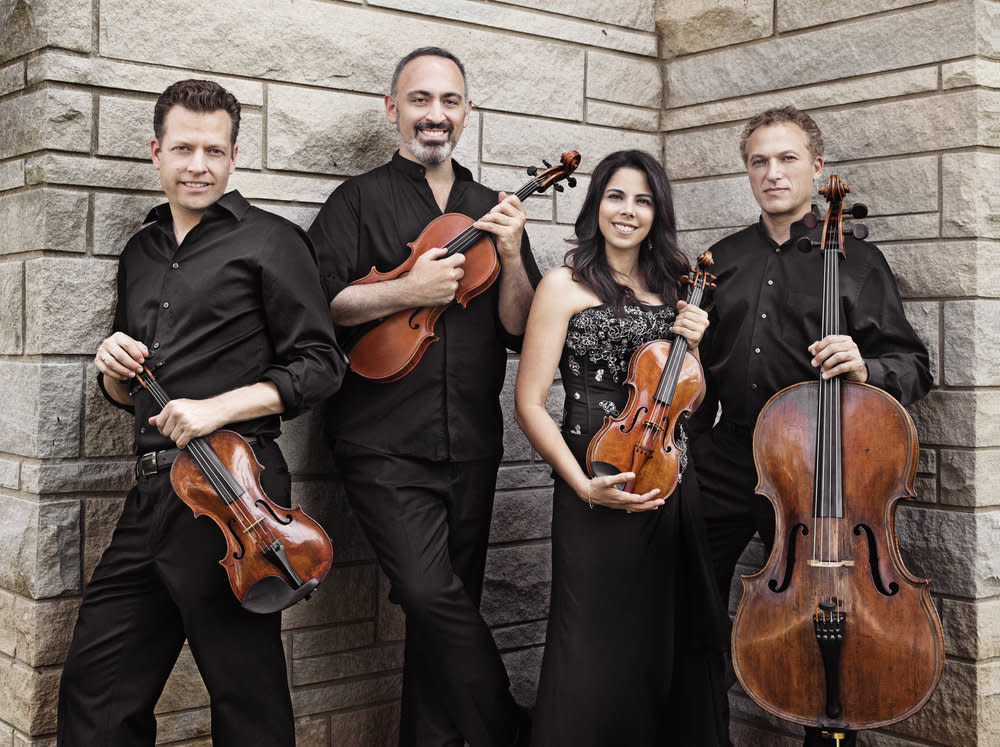 Recognized for its virtuosity, exuberant performance style, and often-daring repertory choices, over the past twenty-six years the Pacifica Quartet has achieved international recognition as one of the finest chamber ensembles performing today. Named the quartet-in-residence at Indiana University’s Jacobs School of Music in March 2012, the Pacifica was previously the quartet-in-residence at the Metropolitan Museum of Art and received a Grammy Award for Best Chamber Music Performance. In 2017, the Pacifica Quartet was appointed to lead the Center for Advanced Quartet Studies at the Aspen Music Festival and School.
PROGRAM TBA

VIEW THE SOCIALLY DISTANCED SEATING CHART HERE - While your purchase is general admission, seating assignments will be made on Thursday, April 22 in order to maximize the seating capacity while maintaining six feet between groups. If you purchase four tickets in this order, for example, your four will be seated together.