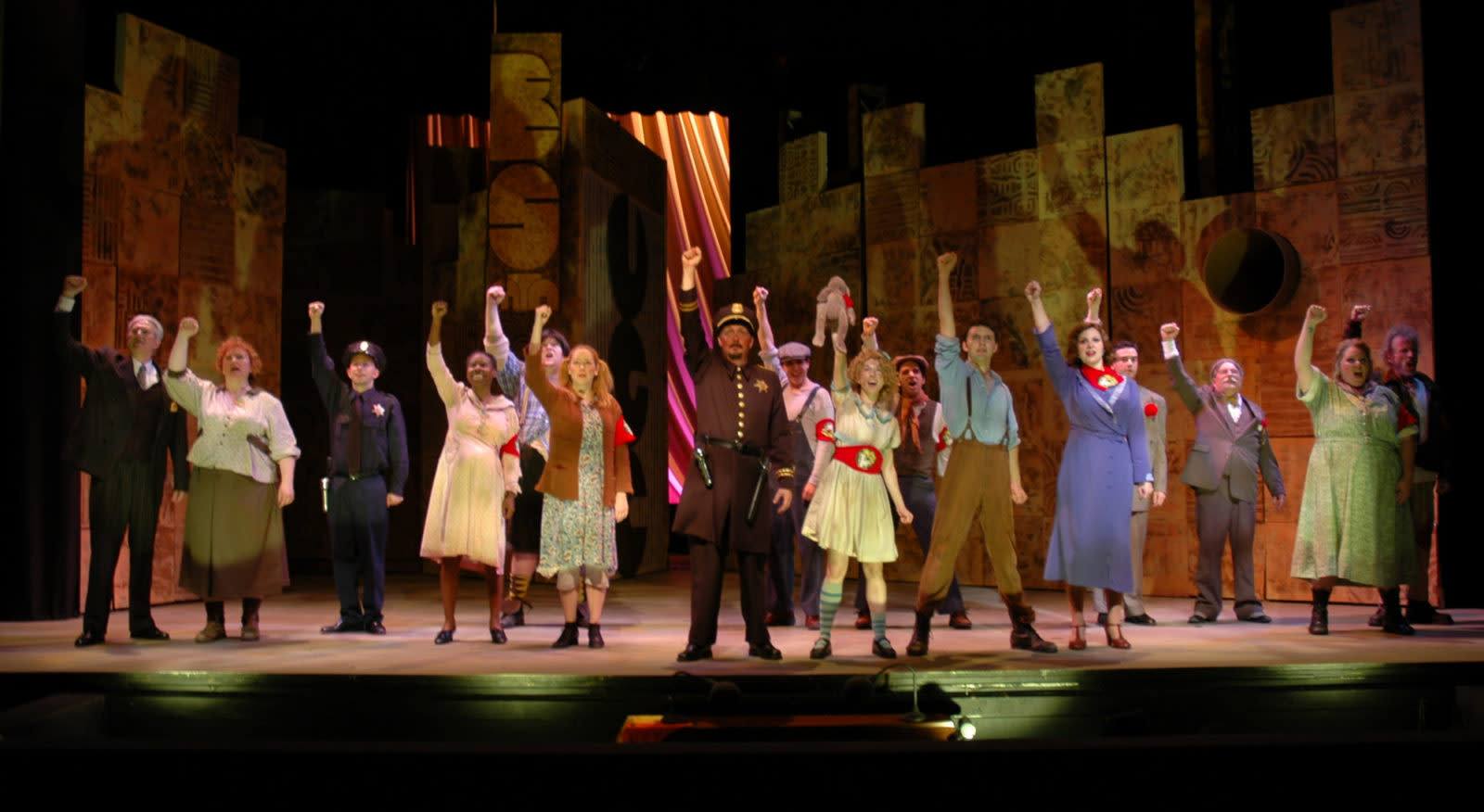 In a not-so-distant future, a terrible water shortage, caused by a 20-year drought, has led to a government-enforced ban on private toilets. The citizens must use public amenities regulated by a single malevolent company that profits by charging admission for one of humanity’s most basic needs. Amid the people, a hero decides that he’s had enough and plans a revolution to lead them all to freedom!

Photo by Stuart Wagner from RLT’s 2007 production of Urinetown, the Musical. See the full photo album here on our Flickr site.