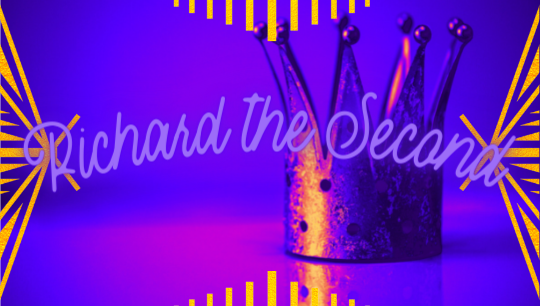 A frivolous king. A reluctant prince. A country on the verge of collapse. The first two plays in Shakespeare’s history cycle chronicle the fall of the house of Plantagenet and the rise of the house of Lancaster to the British throne. After a faction of ambitious noblemen overthrow the young King Richard II, England is plunged into chaos and uncertainty. When the dust settles, there may be a new ruler…but at what cost?

Richard II and Henry IV, Part 1 (also being performed in rep by a single company of actors) constitutes the first half of Shakespeare’s history tetralogy—an epic tale of fathers and sons, loyalty and leadership, politics and power. It is the story of ordinary people weathering the winds of change in a fledgling nation. And it is a visceral reminder that history isn’t past; it’s not even history at all.