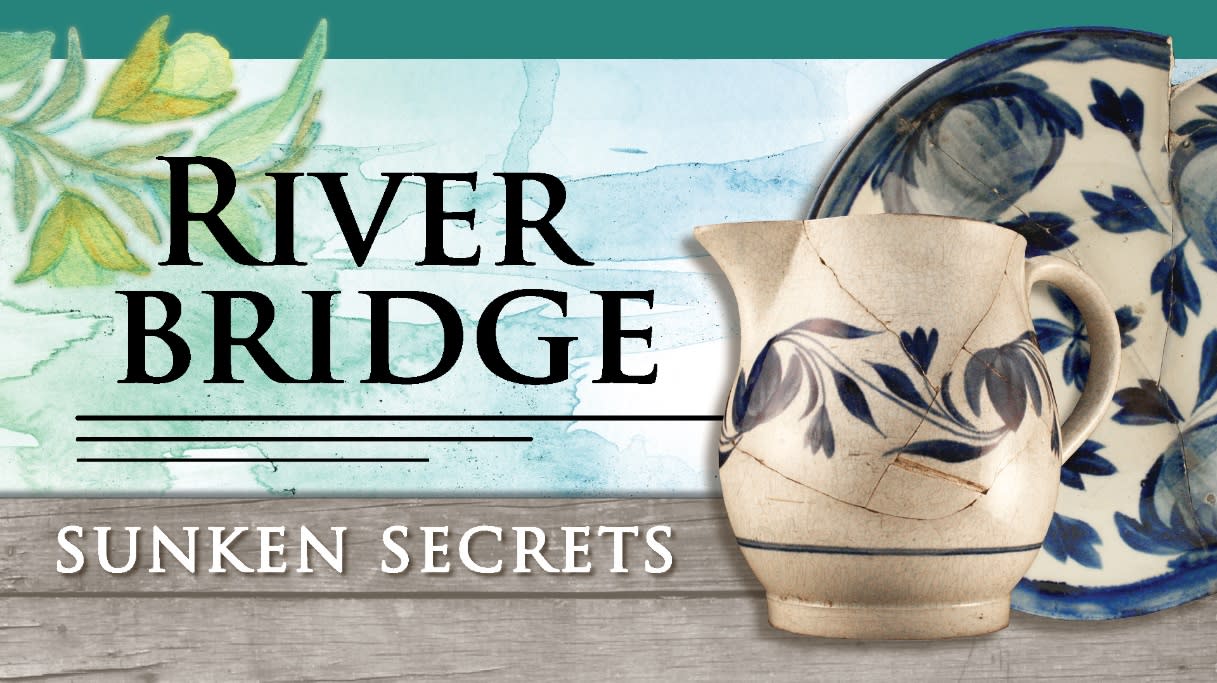 This exhibition examines the history of a trade port called River Bridge on the Pasquotank River north of Elizabeth City. In use for hundreds of years by Indigenous people, the name of the site, River Bridge, comes from a bridge built before the Revolutionary War that allowed for easier travel in the twisting backwaters of eastern North Carolina. The site also featured customshouses and warehouses, where workers loaded and unloaded cargo, people shopped for goods, and news circulated from both sides of the Atlantic. Today, the only reminders of this once-important center of commerce are a few support pilings and several vessels submerged just below the river’s surface, as well as a large collection of artifacts, many of which are spotlighted in this exhibition.

Visitors will explore the world of River Bridge through some of the objects that have been excavated from the riverbed. They will see objects that tell the story of the people, goods, and ideas that circulated around the waterways of eastern North Carolina and will gain insight into daily life, what people ate, how they decorated their homes, the trades they worked in, and how they navigated the world around them. They also will learn about the fascinating world of underwater archaeology and how nothing ever truly disappears—sometimes it just sinks.

River Bridge is a traveling exhibition that resulted from a collaboration between the Underwater Archaeology Branch of the NC Office of State Archaeology and the Museum of the Albemarle.