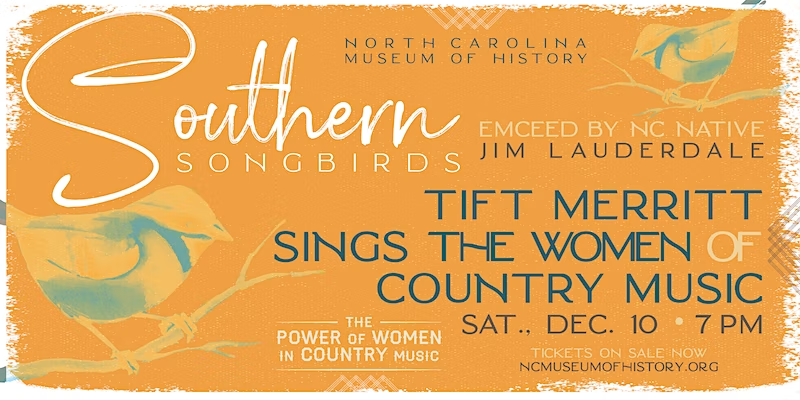 On December 10, Tift Merritt will sing women’s country music, joining the series with original works and covers of country trailblazers.

The North Carolina Museum of History announces a special concert series in conjunction with the traveling exhibition The Power of Women in Country Music, coming to us from the GRAMMY Museum® in Los Angeles in October!

The exhibition is punctuated by our Southern Songbirds concert series. On December 10, Tift Merritt sings women’s country music, joining the series with original works and covers of the country trailblazers that inspired her. Legendary country artist Jim Lauderdale will emcee the entire concert series.