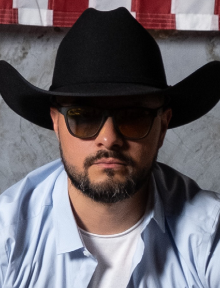 Chingo Bling is known for his insightful, unapologetic Latino stand-up comedy and multiple viral videos. He is a fearless, cross-platform performer who has appeared in everything from feature films and MTV shows, to comedic web series, musical parodies, and sold-out live stand-up comedy shows all over the USA. Chingo Bling's podcast, "Red Pill Tamales," can be heard on all listening platforms.