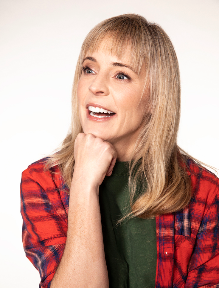 Maria Bamford combines bizarre voice impressions, an ever-changing cast of characters, and a mish-mosh of deadpan and high energy to create her unique, surreal comedic style. A favorite comic of the likes of Judd Apatow and Stephen Colbert, Bamford portrays her dysfunctional family and history of mental illness with hilarity and grace.