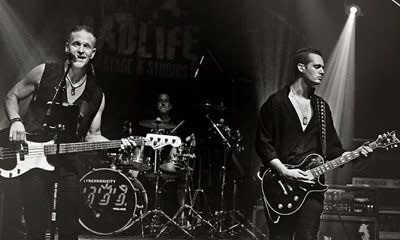 Synchronicity, the Police Experience, was established in Columbia SC in 2017. Recreating the sound of the Police was no easy task. It started with Brian Geiger wanting to go outside the box and learn Stewart Copeland's drumming style. When Brian shared the experience with his buddy Lael Silva, an experienced local guitar player, Lael became inquisitive about Andy Summers' atmospheric style of playing. At this point, they realized it would be a challenge to play a few Police songs together, so they called in Ken Carnes to be "Sting”. Ken had been singing opera and starring in classical plays but accepted the challenge to get back to good-old-rock. The Police experience was born.