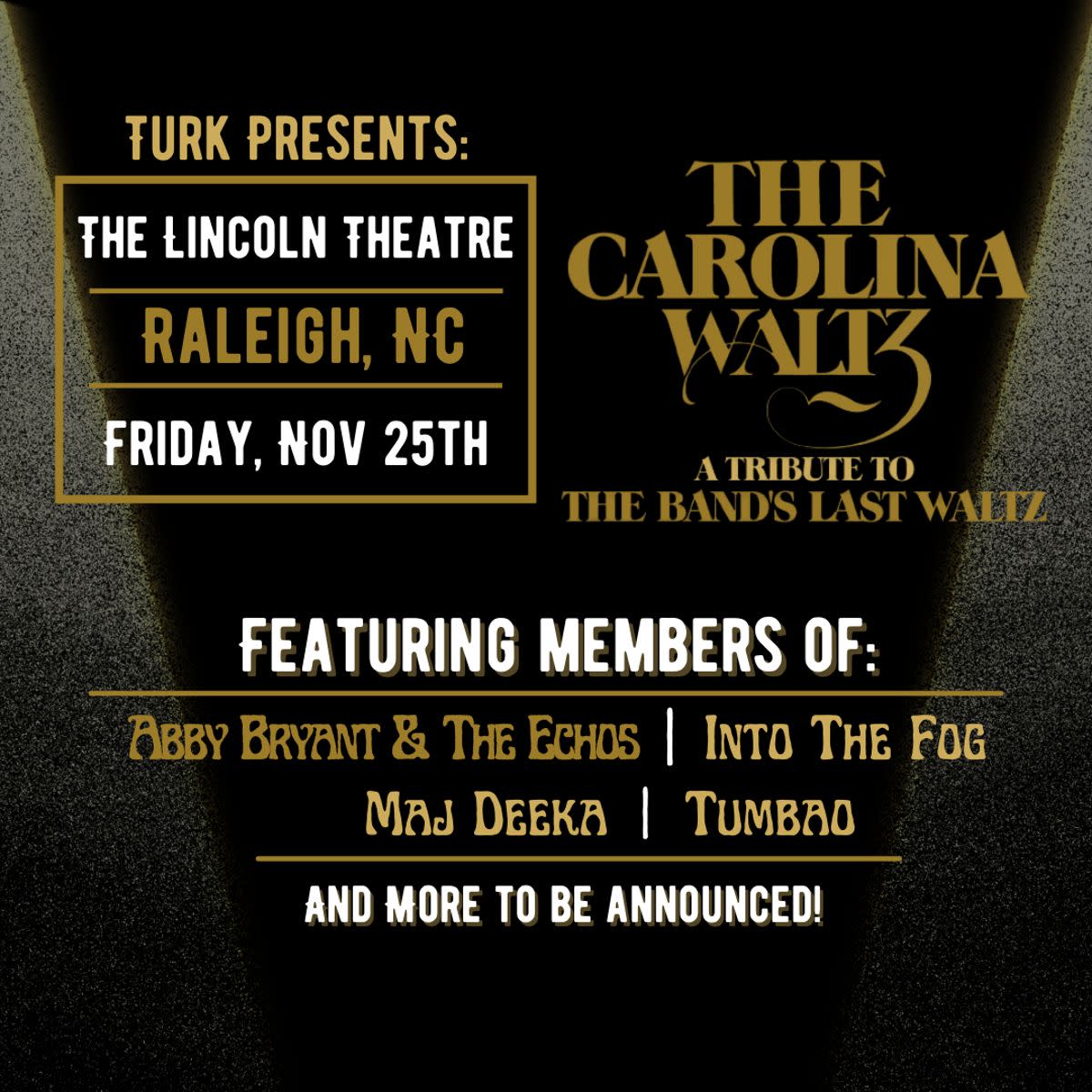 The Carolina Waltz - A Tribute To The Band's Last Waltz

“The Carolina Waltz” is the premier tribute to The Band’s Last Waltz in the Carolinas and will perform live at the Lincoln Theatre on Fri., Nov. 25 at 8pm.

The Band’s Last Waltz concert originally took place on Thanksgiving Day, 1976 at Winterland Ballroom in San Francisco. The Band was the core band, and special guests like Bob Dylan, Eric Clapton, Neil Young, and Van Morrison shined on stage throughout the night.

This years Carolina Waltz features Into The Fog as the core band, and special guests will be making their own stellar appearances during the show. You will see members of Abby Bryant & The Echoes, Maj Deeka, Tumbao, and more!