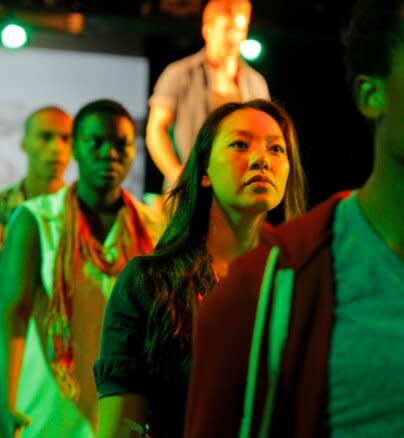 We are Proud to Present...

WE ARE PROUD TO PRESENT is a presentation about the Herero of Namibia formerly known as South West Africa From the German Sudwestafrika, Between the years 1884-1915

A group of idealistic actors—three black and three white—attempt to recreate the extinction of the Herero tribe at the hands of their German colonizers. Their collaboration begins as absurd and hilarious.  Along the way, they test the limits of empathy as their own stories, subjectivities, assumptions and prejudices catalyze their theatrical process.