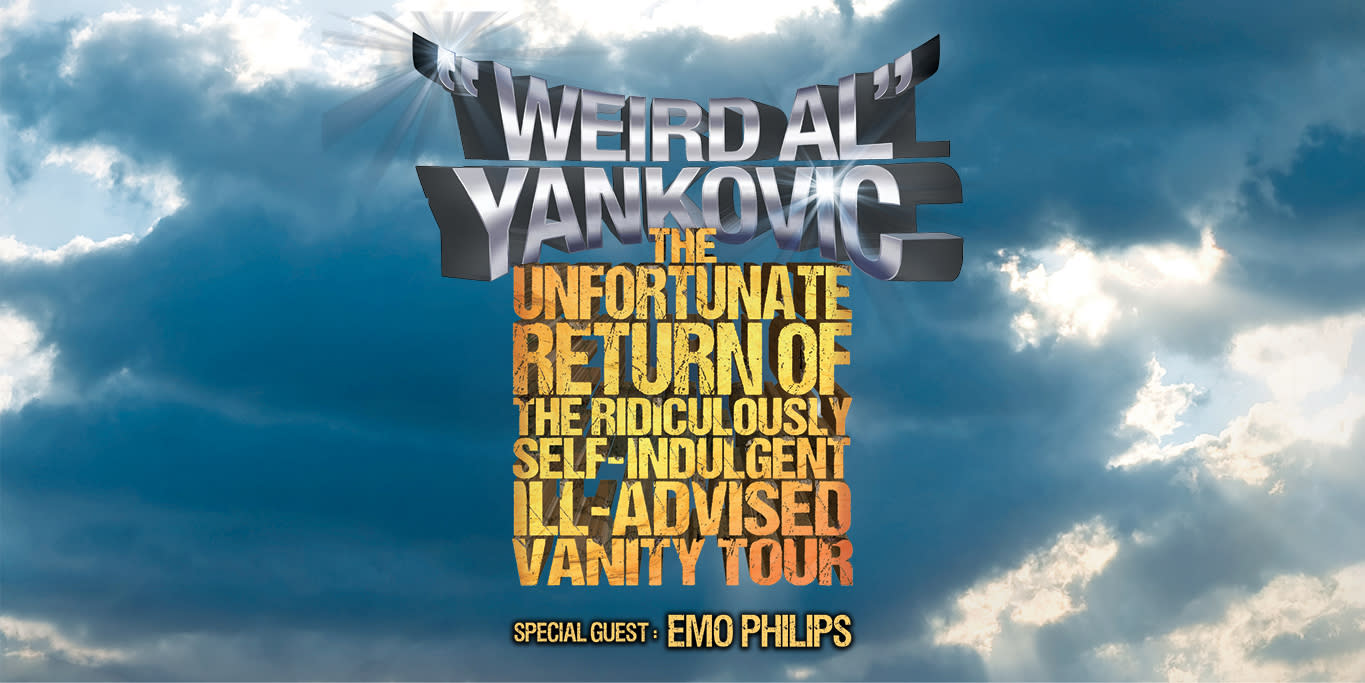 Almost four years after his first foray into unfamiliar concert territory with his highly-acclaimed Ridiculously Self-Indulgent, Ill-Advised Vanity Tour, “Weird Al” Yankovic is pressing his luck again, this time with The Unfortunate Return of the Ridiculously Self-Indulgent, Ill-Advised Vanity Tour. The tour marks Weird Al’s long-anticipated return to the concert stage after his hugely successful Strings Attached Tour in 2019 where he performed each night alongside a full symphony orchestra.

Legendary comedian Emo Phillips has performed over 7000 stand-up comedy shows across the globe, including a two-week theater run in London's West End. Career highlights include his acclaimed comedy album E=MO Squared and the hour-long HBO special Emo Phillips Live at the Hasty Pudding Theatre. Emo is especially proud, however, of when he got to demonstrate the proper use of a table saw to Weird Al in the film UHF.

*For every engagement on this tour, Proof of Covid-19 vaccination, or negative testing within 72 hours of show, plus matching photo ID will be required to obtain entry to the venue. Masks are also required.