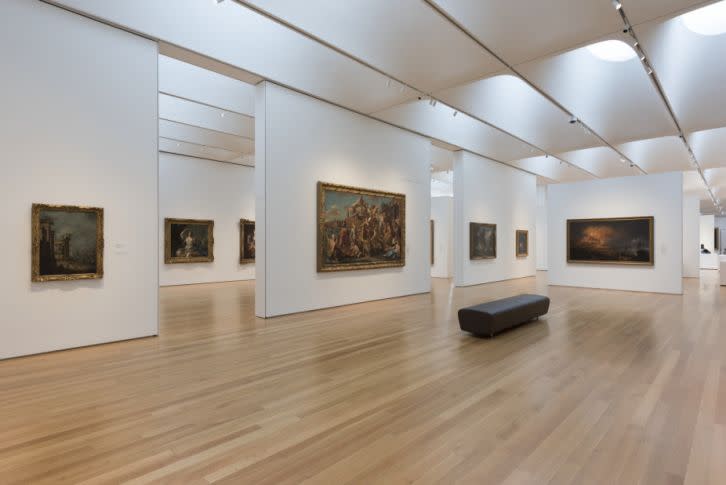 West Building and the Architecture of Light

The NCMA celebrates the Thomas Phifer–designed West Building, marking the 10th anniversary of the home of the “People’s Collection.” The building’s 2010 completion marked not only an award-winning architectural achievement in museum design but also a breakout project for Phifer’s acclaimed firm, Thomas Phifer and Partners, based in New York City. For the NCMA, 2010 was a milestone in the 30-year evolution of its innovative campus.

The exhibition in West features the development of the building’s signature concept: that 5,000 years of art can be elegantly and safely presented in galleries suffused in ever-changing daylight.  The exhibition also places West Building in the context of the NCMA’s design philosophy of connecting art and nature, sustainable design, and the social transformation of its former prison site.

Ten years in the making and 10 years after opening to the public in 2010, West Building has earned its place among the great buildings in North Carolina.As a result of West’s innovative use of light, Thomas Phifer and his office earned prestigious commissions for museums, internationally.

Thomas Phifer will virtually join members at the Sustainer level and above, Thursday, September 24, for MIXED: Art/Nature/People + Cocktails. This Zoom-based event, hosted by Dan Gottlieb, features a DIY cocktail lesson and a conversation with the NYC-based architect.

Organized by the North Carolina Museum of Art. Generously supported by The Andrew W. Mellon Foundation. This exhibition is made possible, in part, by the North Carolina Department of Natural and Cultural Resources; the North Carolina Museum of Art Foundation, Inc.; and the William R. Kenan Jr. Endowment for Educational Exhibitions. Research for this exhibition was made possible by Ann and Jim Goodnight/The Andrew W. Mellon Foundation Fund for Curatorial and Conservation Research and Travel.  Special thanks to Thomas Phifer and Gabriel Smith, Thomas Phifer Partners, for the generous loan of models, assistance locating images, and sustained cooperation throughout development of the project.