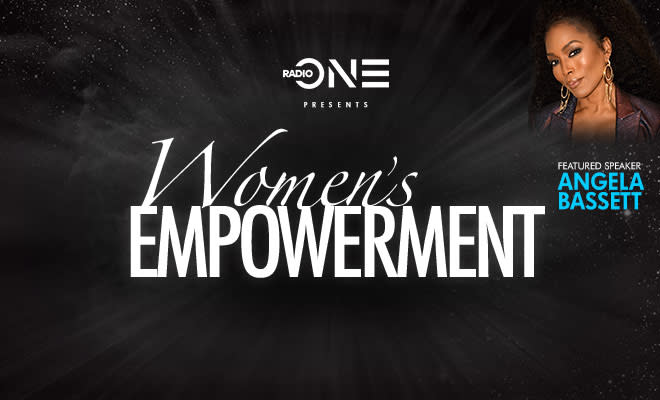 This year marks the 26th anniversary of Radio One Raleigh’s Women’s Empowerment. The annual event has built a legacy of excellence by celebrating the heritage, culture, impact, and influence of African American women. Past participants have included: Viola Davis, Taraji P. Henson, Gloria Mayfield Banks, Patti LaBelle, Jenifer Lewis, and many others.

The theme for Women’s Empowerment 2020 is “Fulfill the Vision,” which will encourage attendees to work towards their goals until they are fulfilled. Throughout the event, multiple speakers, panelists, forums, and seminars will educate attendees on the importance of focusing on accomplishing the goals they’ve set in all aspects of life. The legendary Angela Bassett will grace the main stage at Women’s Empowerment and be featured in an intimate main stage interview.

Bassett will share her story of becoming a successful actress while navigating the obstacles in an ever-changing Hollywood and remaining relevant. Beginning her career on stage and continuing there to this day, Bassett, a Yale School of Drama graduate, completed several productions on and off-Broadway such as MA RAINEY’S BLACK BOTTOM; COLORED PEOPLE’S TIME; HENRY IV, PART I; JOE TURNER’S COME AND GONE; and BLACK GIRL. She returned to the stage in 1998 to star opposite Alec Baldwin in MACBETH at the Joseph Papp Public Theater in New York. In 2005, she starred with her husband, Courtney B. Vance, in the North American Premier production of John Guare’s stage adaptation of HIS GIRL FRIDAY and THE FRONT PAGE at the historic Guthrie Theater, and she received rave reviews for her work with Laurence Fishburne in August Wilson’s classic play FENCES at the prestigious Pasadena Playhouse. Bassett also starred opposite Samuel L. Jackson in the Broadway premiere of Katori Hall’s play THE MOUNTAINTOP. This Olivier Award-winning play was a gripping reimagining of events the night before the assassination of civil rights leader Dr. Martin Luther King, Jr.