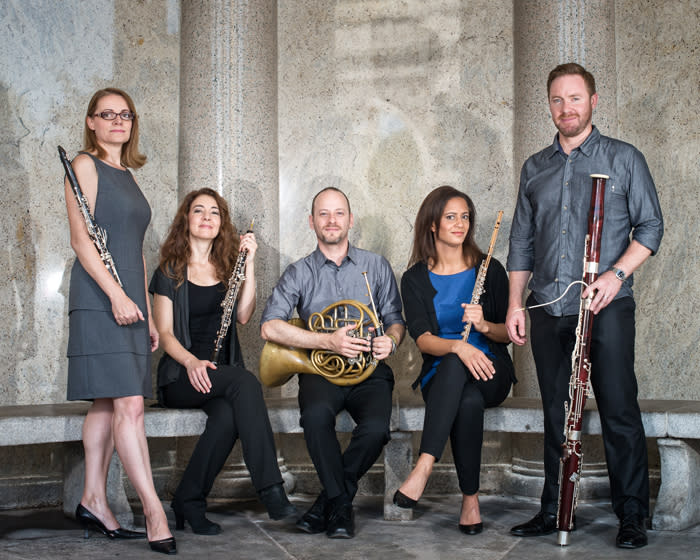 Now in its 25th season, Zéphyros Winds brings together five soloists known for their virtuosic performance style to perform a wide range of music for winds with “near-symphonic sound” (New London Day). Named for the Greek God of the West Wind, Zéphyros had its New York concerto debut opening the 2004 Mostly Mozart Festival, and has appeared at the nation’s most prestigious concert venues, including The Library of Congress, Wolf Trap, Carnegie’s Weill Hall, Dumbarton Oaks and Lincoln Center’s Great Performers series.

Recent highlights include a performance at New York City’s Music in Midtown, a tour of New England featuring a performance of Irving Fine’s music for the Fine Memorial Concert at Brandeis University and the US premiere of Wolfgang Rihm’s Quintet for Winds. The 2017-18 season takes Zéphyros across the country from Pennsylvania to California, including performances and residencies at the Chamber Music Society of Logan, Brigham Young University, Stanford University and the Morrison Artist Series at San Francisco State University.