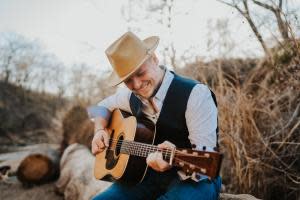 Playing to be Heard and Other Jam Etiquette with Rick Faris

Every jam is different, but there are some common courtesies that cross jam boundaries. How do you play to be heard without drowning out others in the circle? How do you avoid jam-busting? What can you do to help make less experienced jam participants feel welcome (particularly in jams with mixed skill level participants)?

Just in time for IBMA’s World of Bluegrass to return to Raleigh with SO many opportunities to jam with musicians from around the world, guitar player Rick Faris shares some of his strategies for participating in a variety of jam situations. Anyone from experienced jammers to newcomers to the bluegrass community will learn something from this workshop.

Most kids learn to fish or hunt from their dad. Rick learned G-runs, fiddle tunes and musical insights from his. Rick got his start in the family's band, the Faris Family Bluegrass Band, where they toured extensively and taught bluegrass in schools for 12 years. In search of his next opportunity, Rick was chosen to audition for the Grammy & IBMA Award winning band Special Consensus. In 2018, Rick was signed to Dark Shadow Recordings and has been writing and performing solo, quickly climbing to #1 on the bluegrass charts and ranking 6 on the top albums of 2019 by Bluegrass Today. Look for his second solo project to be released later this year!