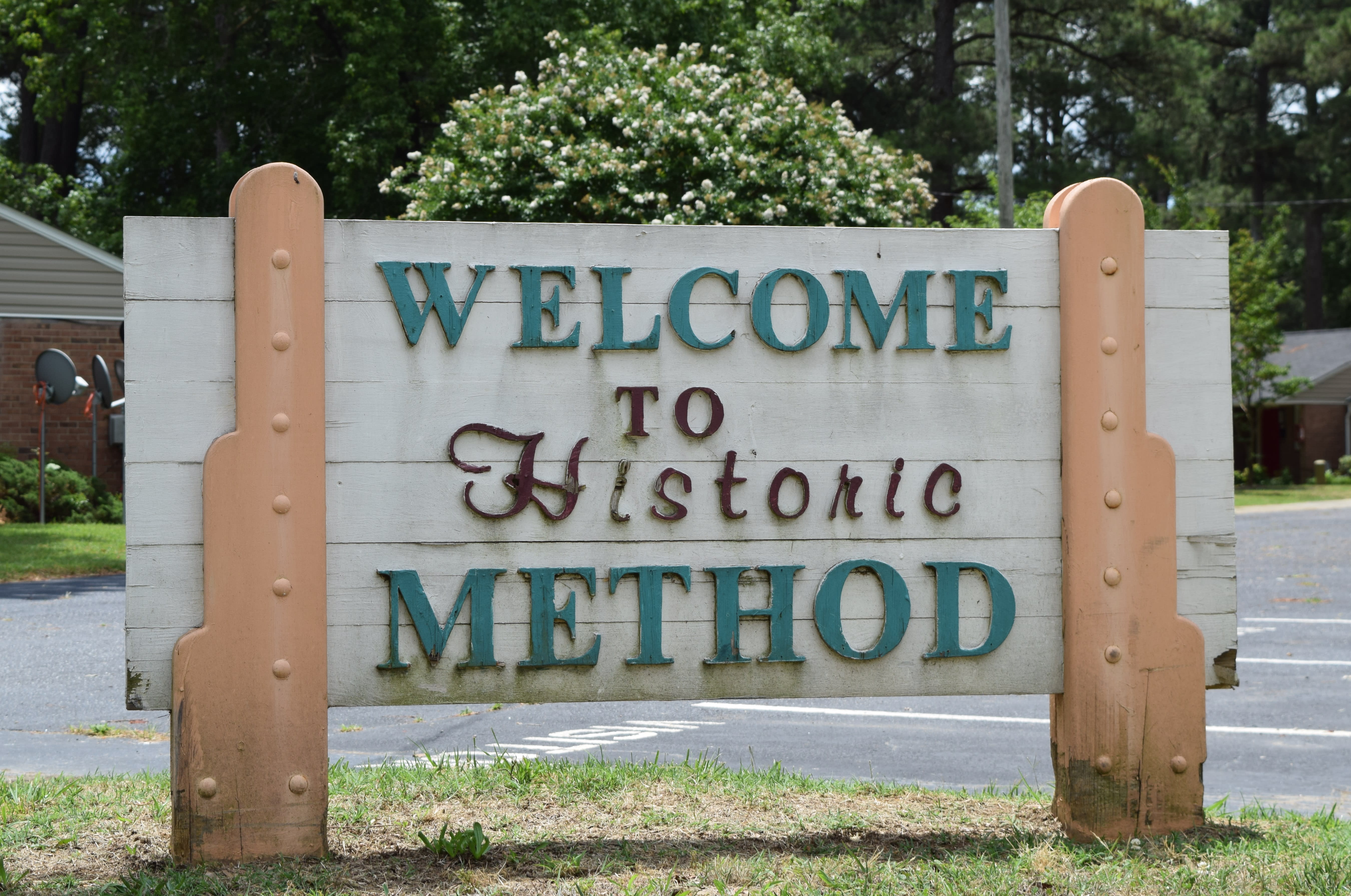 A 69-acre village started in 1872 by freedmen Jesse Mason and Isaac O’Kelly, who sold its subdivided tracts as an alternative to more expensive housing offered to Blacks in Raleigh proper. The village originally was called Masonville and Slab Town until being named Method by the Norfolk and Southern Railroad in 1890. In addition to handsome vernacular houses, the community boasted the Berry O’Kelly Training School and Saint James A.M.E. Church. Method also had a post office until 1973.