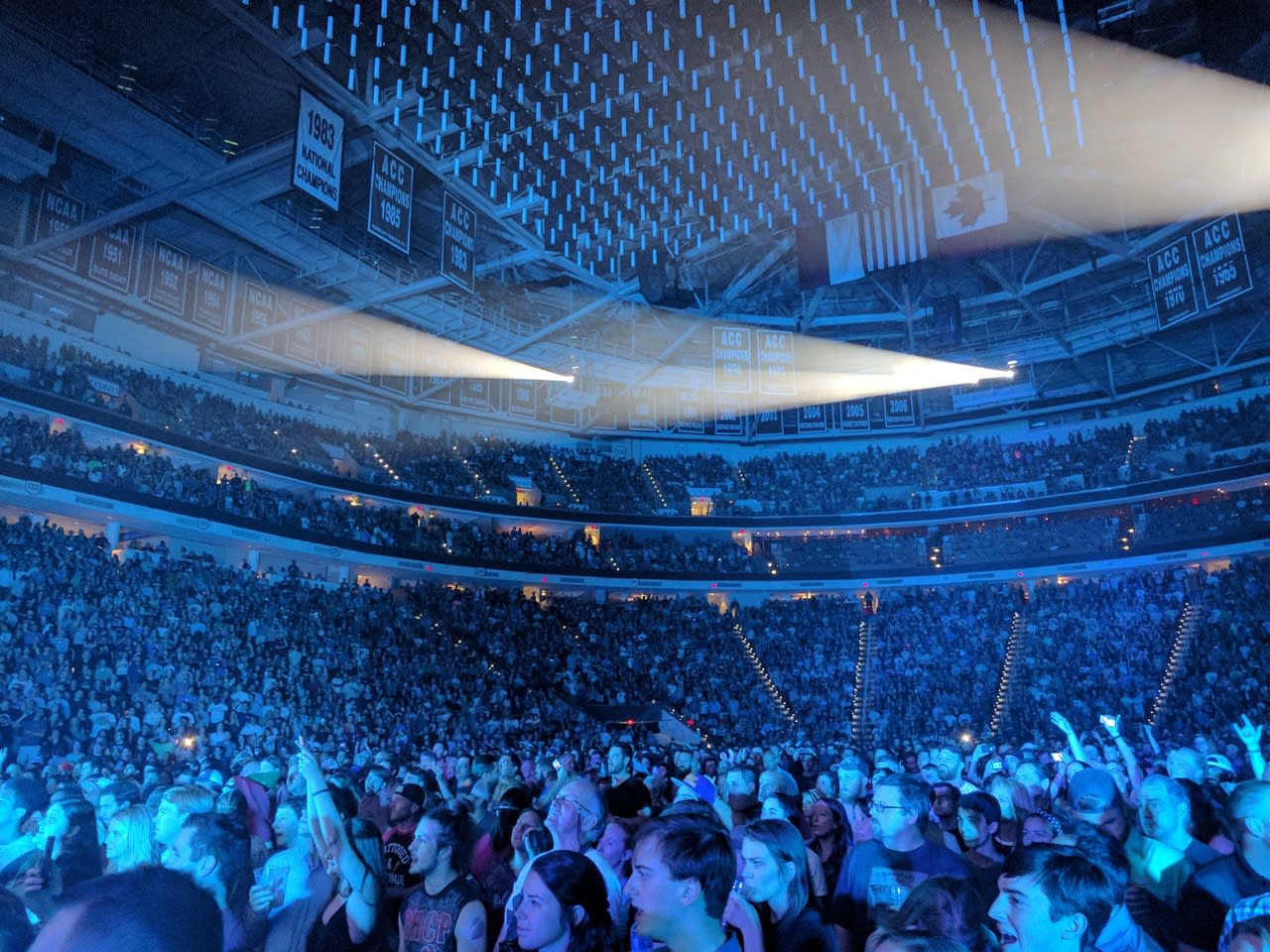 
The Arena is conveniently accessible from all parts of the state. Adjacent to Carter-Finley Stadium and the North Carolina State Fairgrounds, the arena is just off I-40 and I-440 minutes from RDU International Airport. Amenities include over 8,000 designated parking spaces, 18 permanent concession stands, over 50 portable concession stands, 37 public restrooms, as well as escalators and elevators throughout the building. Equipped with three concourses, 66 luxury suites, 2,000 Club Seats and a spacious 9,100-square-foot restaurant on the Club Level, PNC Arena is well-equipped to handle events of all types. Full catering service, operated entirely onsite by VAB Catering, is also available for private functions.