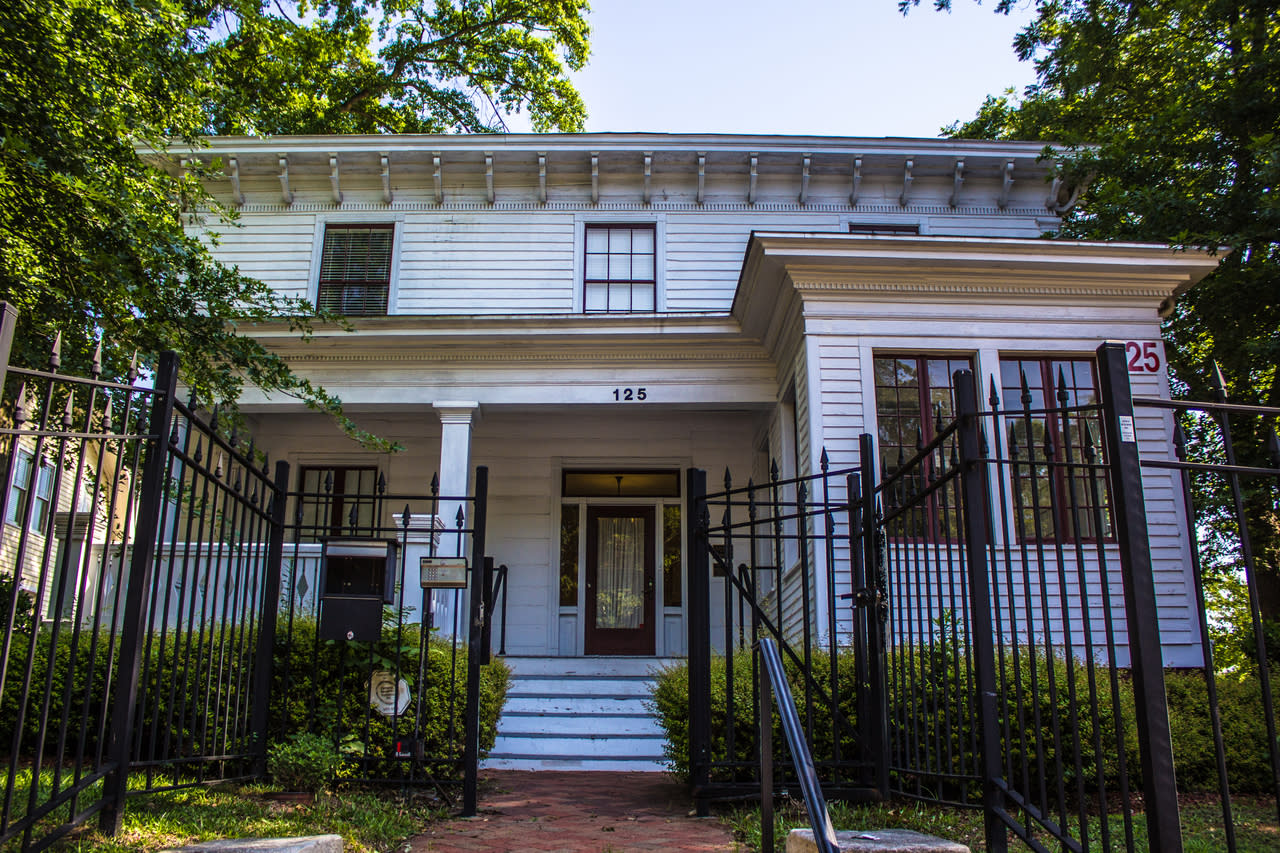 One of the few surviving pre-Civil War houses in Raleigh, the two-story, Greek Revival-style home was built around 1855 and occupied by three prominent white families before being purchased in 1919 by its first African-American owner, Dr. Albert W. Pegues, then dean of theology at Shaw University. Dr. Pegues left the house to his daughter Ernestine Hamlin (of Hamlin Drug Store). It is now owned by Shaw.