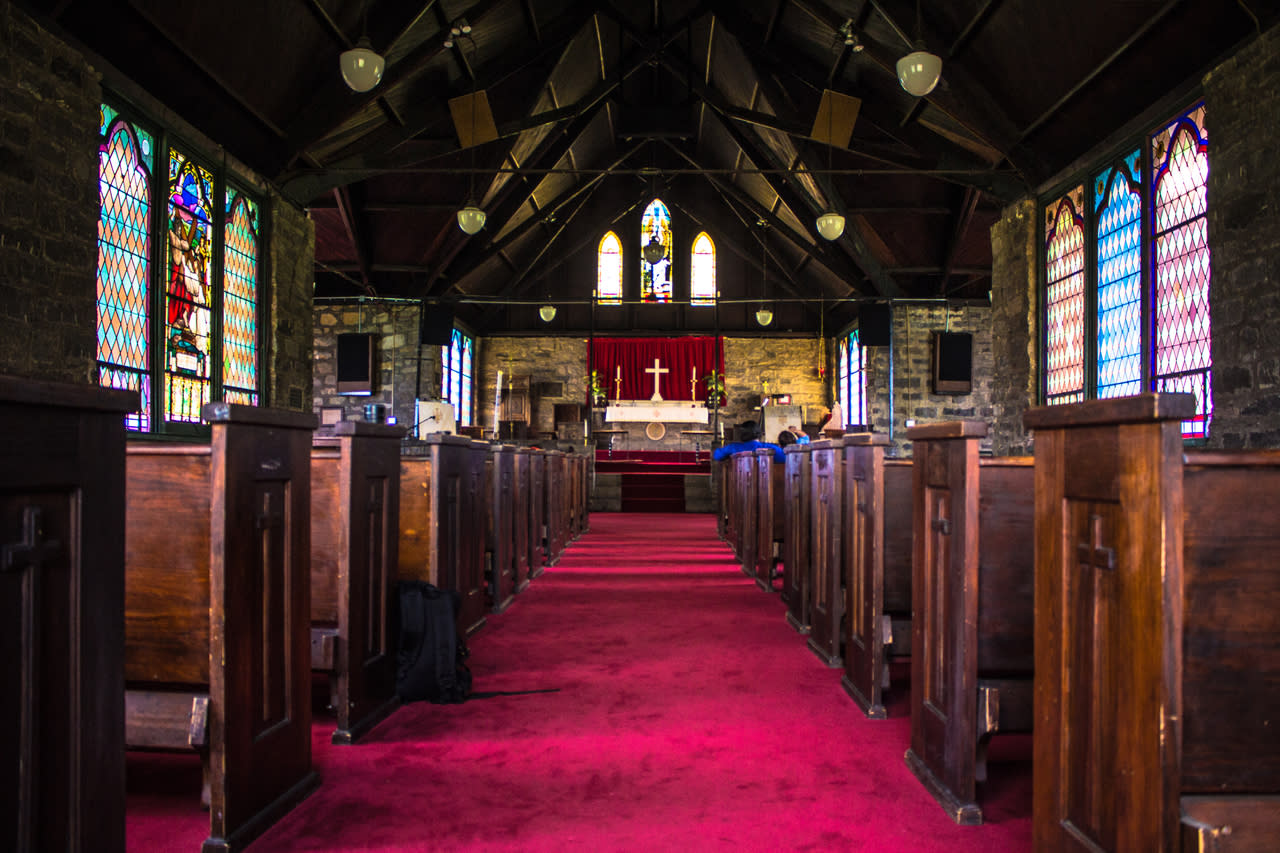 One of the oldest buildings now on the Saint Augustine's University campus, this Norman Gothic-style chapel was built in 1895. Students constructed the irregular T-shaped chapel of native granite under the direction of Rt. Rev. Henry Beard Delany (1858-1928), who later became the first African-American elected bishop in the Episcopal Church in N.C. It houses the bishop’s chair, an antique piece purchased in France as a memorial of Rt. Rev. Delany’s consecration.